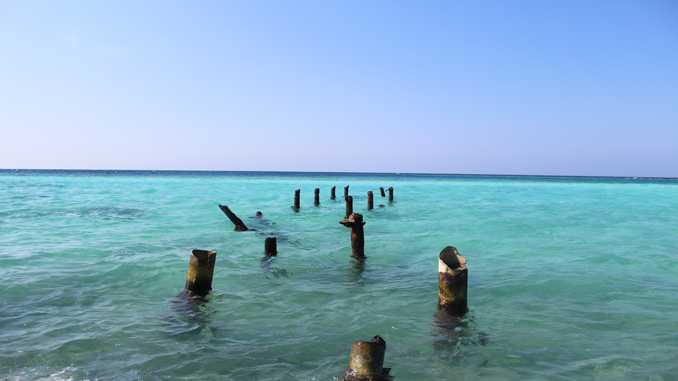 Once a week, on Sundays I publish a recap on updates about Aruba. If this is your first time reading my newsletter – welcome

Keep on reading for more details about what’s been happening on the island.

The minister of justice recently announced changes in the procedure for permits.

From now one all extended stays by visitors will be processed by Instituto Alarma y Seguridad Aruba (IASA).

And a selected group of foreigners requesting their first living permit can now remain on the island while their documents are being processed.

But not everyone is granted this luxury, only certain people can stay on the island while their permit is in process.

People who are contribute to the labor force, and the island are in this selected few. For example investors, people on pension, students, trainees and those married to an Aruban.

Living permits by other groups of people will be processed normally, by waiting for their permit in the exterior.

These changes don’t mean that all permits will be automatically approved, it’s only a new way to accommodate people who’s permits are taking longer than usual.

One of the requirement for a longer period of stay is your income, if they notice you don’t have enough income for your requested extended duration of stay they will automatically deny the petition.

The deportation statistics in Aruba has increased as this year more than 1000 people got deported.

These are tourists that never leave the island, but are captured and deported during raids by the coast guard.

New Changes In Our Education System

The new minister of education implemented a new multilingual plan for all schools in Aruba that will take effect in January 1, 2018.

His intention is to offer either Dutch or Papiamento as the language of instruction at the schools, depending on their status and structure. All public and catholic schools will be giving lessons in Papiamento and all protestant schools will gave their lessons in Dutch.

The government also signed a contract with a local telecom company to install wifi at all schools on the island.

The project should be completed before the new school year of 2018-2019, which is about 8 months away.

A total investment of $600.000 is needed to install wifi in all schools and will be funded by the government.

After the government announced that all schools will have wifi soon, the minister of transport and communications also followed with great news by that wifi will also be added in the main street of San Nicolas soon.

Aruba is undergoing a complete infrastructure renovation, especially our highways.

The most recent project is the green corridor, a new highway starting from the airport until savaneta, which is almost completed.

We’re already driving on the green corridor highways and the new bridge, but there still a few things to be done. For example creating a linear park and playground for kids and beautifying the area with trees.

There’s also another project called watty vos boulevard – it’s a beltway for the downtown area. This particular project is experiencing a delay.

The stagnation is being caused by a faulty drainage system.

According to the director of Aruba’s public works company, the drainage system installed by the contractor isn’t working effectively, after we experienced a few rainy days the previous weeks.

The drainage system has to be improved before they can continue with constructing the watty vos boulevard.

They asked for advice from experts in the Netherlands in this field.

The project was supposed to be finished by the end of this month, but now a deadline isn’t set yet, until they fix the drainage issue.

While the watty vos boulevard is experiencing a delay, the roundabout near the hospital on sasaki weg is almost complete.

This roundabout is also a part of the watty vos boulevard.

During Christmas time the workers will go on vacation and the main road will be open until the end of next year when they close it again to complete the new beltway.

Downtown Area Will Be Booming

A new commission was created to attract more shoppers in the main streets of Aruba.

The commission is lead by the prime minister of Aruba.

Their goal is to involve different stakeholders and business owners to promote the downtown area and bringing back life into the main street – the idea is to make the main street the go to place for “ambiente” (means ambiance in Papiamento).

There was a previous organization called OBID who was part of the previous government, but according to the new prime minister they didn’t have the full support they needed to succeed.

With this new commission they plan to revive the downtown area.

There’s been a lot done to our “caya grandi” as we locals call our main street. For example, the electrical tram that loops the shopping area, beautiful landscapes and infrastructure.

The marina azul building is going to be renovated, into a new shopping mall and residential area, apply named harbor house.

Soon the downtown area will be booming and the place to be while in Aruba.

Sending the workers home wasn’t an easy task as some of them rejected their “package money” to leave the company.

From the total of 26 workers, a group of 16 staff members signed the initial package and the rest didn’t went to court to solve the matter.

They won the case and the judge ordered the owners to pay them double of what they were offered in the first place.

They haven’t announced the new owners yet, but in 2018 a new management will take over of the private aviation terminal.

The director of RDA (Refeneria di Aruba) announced that rehabilitation of the refinery is delayed at least 6 to 9 months.

According to him, the delay is caused by many reasons, one being a recent arrest by top citgo officials in Venezuela. Due to the arrests made, the government couldn’t collect the loan to continue with the renovation of the refinery.

But the director of RDA clarified that the money will be paid out soon.

With the delay, the first phase of the rehabilitation should be completed in the first quarter of 2019. Which should of been done 18 to 24 months after they signed the contract back in October, 2016.

However, the director remains positive that the refinery will make the startup deadline, which is on October 1, 2020.

If the refinery is not fully operational by then  there will be a breach of contract by CITGO, which can have penalties tied to it for the giant oil company.

The price of gasoline and diesel is on the rise again after being stable for a period of time.

Last week the minister of finance and economy announced changes of price in combustibles. Based on the market, the price for gasoline increased with +5,3 cents, and diesel is +4,8 cents more expensive.

Gasoline is now 188,9 cents per liter and diesel is 160,3 cent per liter. Take note of these gas prices when budgeting for gas on your car rental.

“Don’t have a rental car yet? Send me your car rental request and i’ll provide you with a free quotation

One of the first tasks at hand by the new minister of environment is taking care of the waste management at Aruba’s dump *parkietenbos”.

The minister wants to close the dump area within 90 days.

During an interview he mentioned that the dump will be partially closed and no one will be allowed to deposit their garbage.

A new area will be appointed where locals cam deposit trash, which will be managed by the islands local waste company (serlimar) to prevent the situation from parkietenbos to happen again.

A new organization called plastic beach party will be collecting and recycling plastic together with the divi resorts.

According to the co founder of plastic beach party, they collected almost 105 kilos of plastic on two divi properties during a test phase.

This plastic was recycled and transformed with 3d printing technology into trophies, key chains, and jewelry just to name a few examples.

The idea behind the project is to create reusable products that are made from recycled plastic designed to reduce the amount of plastic waste in Aruba.

Please support us by helping to keep our beaches clean, there’s lots of garbage cans all over. Don’t let plastics fly away into the nature and precious beaches.

Divi resorts is known as one of the leading hotels when it comes to sustainability projects. Their recent investments include, solar energy, recycling water, using reusable cups and no longer offering plastic straws in the resorts.

Because I know how much it means for you to stay up to date with what’s happening on your home away from home – I invest my personal time to make this newsletter available to you.