Once a week, on Sundays I write about the most relevant and interesting news stories in Aruba inside my weekly Aruba news updates.

According to the owner, he’s selling his Caribbean supermarkets  to a Jamaican businessman (Gassan Azan).

Despite selling the supermarket, Gerard will still be involved over the next years in management and operations.

Nothing much will change for the employees working at Ling & Sons,  or the brand name products.

Ling & sons  is the most popular supermarkt for tourist and locals next to Superfood.

Laboratorium results confirm that the oil spill that happened a few months ago was indeed from Trinidad.

According to the director of the crisis prevention, Aruba filed an oil spill claim, that can potentially run up into six figures.

It’s not sure if the company responsible for the leak (petrotrin) will pay the fine or the Government from Trinidad.

The oil spill claim is managed by ramp attack. An international broker for the Caribbean region.

Curacao and Bonaire were also affected by the oil spill and also filed a claim.

After the minister of environment sent in a request for information, a group of technicians and engineers came up with recommendations to reduce the amount waste and activity at parkietenbos.

Parkietenbos is the dump in Aruba, where all waste gets treated and processed.

There’s various stakeholders involved in this project, one of them is WEB, which is in charge of the waste treatment facility.

Different aspects needed to be considered during the request for information reports, such as technology, environment, social impact and if it’s financially viable.

The minister will evaluate all the reports and make a decision to move forward to remedy the situation at parkietenbos.

This will happen with a request for proposal, in which a definitive solution will be implemented to reduce 90% of the activity at parkietenbos.

More efforts will be made by the government to re-use certain products and recycle more.

The government already announced a ban on styrofoam food boxes, cups and utensils as of January 1, 2019.

Last week the customs department from Aruba, Bonaire and Curacao reunited to discuss the reopening of the maritime border between the islands.

Bonaire and Curacao decided to reopened the borders, but Aruba kept it closed for boats, only airplane traffic is allowed.

The islands prime minister wants transparency and stricter controls between the Venezuela and Aruba for boats. This is a part of the MOU (memorandum of understanding ) that needs to be complied with by venezuela.

But the local market owners want the government to reopen the borders, in order to continue importation of products from Venezuela, which is cheaper, faster and better quality than from the USA and other countries.

Local fruiteries haven’t received their goods from venezuela for over 5 months, they have been depending on import from USA (and other countries) but it is too expensive.

Sales have dropped more than 50% already since the Venezuelan president announced a border close between ABC islands.

New Condominium On The Rise

There’s a new condominium on the rise near Eagle Beach (O condominiums).
A local contractor company (atco) was in charge of laying the cement for the foundation of the resort.
According to atco’s operations manager, it was the largest project. It’s the most amount of cement they had to produce and deliver for one project.

They used over 1124 cubes of cement, which equals 153 trucks with a capacity of 8 cubes. 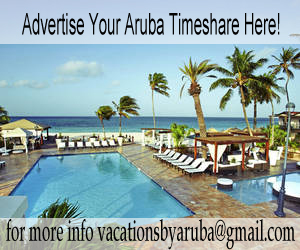 The minister of finances announced changed in gasoline prices this week.

According to the minister, the new gas price is affected by international market, and has nothing to do with Aruba’s government. She also noted that between 2011 – 2017, the price for gas price was always high between the months February and May.

She also predicted that the prices for gasoline should drop around September.

Take note of changes in gas prices for budgeting if you plan to rent a car in Aruba.

Leader of RAIZ (new political party) made use of the law of transparency in our local ordinance to request information and clarity about the spatial development plan regarding isla di oro.

The minister of infrastructure answered by delivering the requested documents this week including an environmental impact assessment report, with all the latest update about the isla di oro project.

According to the minister, the government didn’t make any official decision yet whether to proceed with the project as of yet.

However, they are not opposed to it either, as long as it’s in proper balance between infrastructure and surrounding environment.

What’s it going to take for the project to proceed? Let’s find out, as time goes by…

The minister shares the same opinion for construction of new hotels, condominiums and apartments – as long as the developments plans fit in the future plans of the spatial development plan.

However, he also mentioned that a moratorium has to be implemented some time.

A motion was already presented and accepted by a majority of the parliamentarians few weeks ago.

If plans go according to the government, the first steps to moratorium will be implemented as of this year, while maintaining an economic developments on the island.

A new concept law will be introduced for the moratorium (regarding the amount of rooms for hotels, condominiums and apartments).

Local Radio Stations Have To Pay Royalties As Of June 1, 2018

The registration and delivery of back office royalty administration services to Aruba is in charge of Pro Socan.

of music played by local radio stations (including Bonaire, Curacao & St.Maarten) will be collected by SOCAN and PRO Ducapro. They will provide the adequate administration services for local and international music.

It’s a new concept for the local radio stations, which are still opposed to the idea of paying for royalties, when playing a song for the first time.

Pro Ducapro also has backing from the Aruba Musician & Artist Association (AMAA), along with other local and regional artist associations and government entities.

Any local radio station that doesn’t sign the new agreement before June 1, 2018 can be fined if they play any registered song.

A separate website with all the registered local and international songs will be released soon.

This year is going to be the 3rd edition of E-Aruba Business Seminar. It’s Aruba’s biggest e-commerce business seminar.

The Business Seminar features international top speakers that will cover social media, digital marketing, entrepreneurship and financial technology. At the end of each presentation, a panel discussion will be held with local professionals and Q&A for the attendees.

Here’s some of the speakers that will be attending the seminar:

The event will take place June 9, 2018 at Renaissance Convention Center in the morning.

Tickets are available at Office Systems, Superfood y and online at www.e-aruba.com


New Changes At The Emergency Room

The minister of health announced new changes that will take place at the emergency room soon.

According to the minister, HAP isn’t functioning effectively. This is caused by the distance between HAP and SEH buildings are too far apart, which causes long waiting times before being attended.

The minister wants to relocate the huisartsenpost (HAP) to the medical office building, which is closer to the emergency room, and will also extend the service hours at HAP to reduce the waiting list at SEH. At the moment HAP is open from 18:30 PM to 22:30 PM (will be extended until 00:30 AM)

The changes will take place as of July 2018.

Medical assistance will be given first at the HAP building, and if it’s a real emergency, the patient will be helped at SEH. In case the patients needs urgent help, they will be directed immediately to SEH.

According to the minister, the new changes will reduce the waiting time at SEH.

The current was gone due to a problem with one of the turbines from WEB (local company that produces water and electricity for the island).

The blackout also affected the water pressure in a lot of households.

It took almost 6 hours to power the entire island again.

Even though Aruba experienced a complete power outage, the airport remained open.

The airports emergency back up system provided the necessary power to continue all operations.

CEDE Aruba (Center for Development of Aruba) together with ATSA (Aruba Timeshare Association) is currently working on the Happy Community Iniative.

It’s a platform which would give the timeshare community of Aruba the opportunity to support community projects in Aruba by volunteering and making donations.

To assess the interest in such a program, MGM SOURCE, on behalf of CEDE Aruba and ATSA, would like to request your participation in a quick survey, which will take less than 3 minutes of your time.

The purpose of the survey is to assist in determining this endeavor further.

This has nothing to do with the government of Aruba.

It’s an initiative of the private sector.


Contribute To Vacations By Aruba