Once a week (on Sundays) I make a recap of the most recent news in Aruba that’s relevant to you.

The newsletter gets published every Sunday and it’s free (thanks to generous readers who give a small donation to cover all website costs (maintenance, hosting fees etc.)

Before you read what’s been happening in paradise this week, enjoy this view! 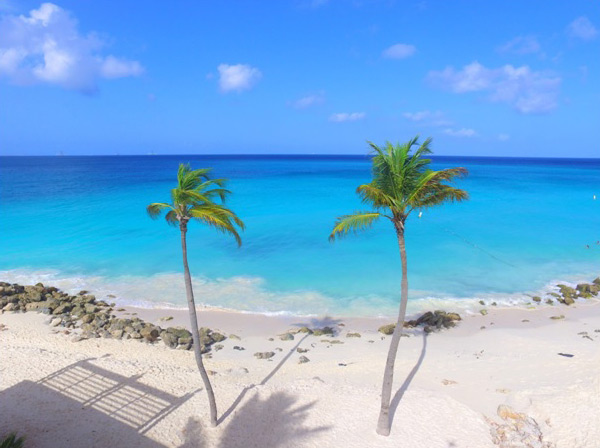 Can you imagine yourself here?

The new hospital building aptly named “new bed tower” was introduced to the public during a press conference this week.

A soft opening was celebrated for the hospital project that took almost two years to finish.

The project consisted of two stages (construction of the new bed tower and renovating the existing hospital building).

The minister of public health gave a speech during the press conference – he noted that the new bed tower isn’t only a beautiful building, but it represents a betterment of Aruba’s health care.

According to the minister of public health, Aruba’s hospital is going to be the best in the Caribbean region (open for medical tourism in the future). 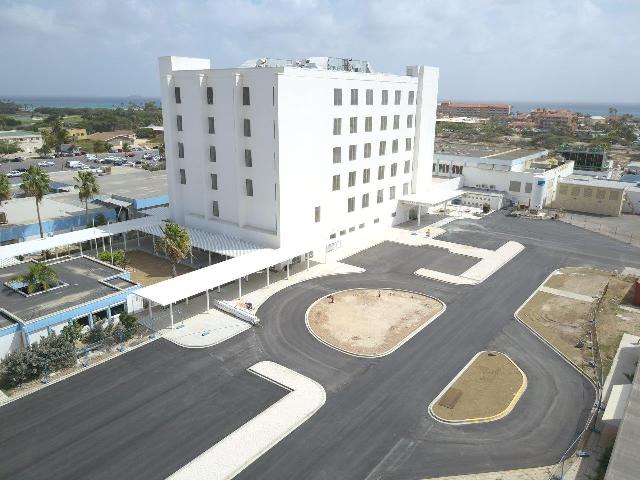 Southwest is going to shift their non-stop flight from Orlando to a new international terminal in Fort Lauderdale (starting in March 8, 2018).

The new departure terminal for Southwest Airlines in Fort Lauderdale will not only offer South Florida a new gateway to travel to Aruba, but it also offers travelers a consolidated, single terminal international experience for their customers from elsewhere in the U.S.

Travelers who are visiting Aruba from the new terminal in Fort Lauderdale have a pre clearance set up – so it makes connecting back in the states easier.

A Scare at The Airport

A bomb alert was activated this week at Aruba’s airport, by a captain of Southwest Airlines (from a flight that departed from Orlando).

It all started when the captain went to the bathroom (in the front of the airplane) and saw the word bomb written on a paper.

The local authorities immediately paralyzed the airport completely – no airplane was allowed to take off or land.

After the captain landed the aircraft, the police immediately did a thorough search of the airplane with the help of k9’s, but found nothing particular.

They arrested two American women after questioning people who were sitting close to the bathroom.

The ladies were interrogated by the authorities and were detained for a day, but they were released, because the police couldn’t prove that they were guilty.

Many people used the bathroom before and after the two ladies, so anyone could have done it.

According to the two suspects they didn’t even know about what was happening and managed to prove their innocence.

It seems as like the person who wrote the word bomb intended it to be a joke, but it went too far and went terribly wrong.

These ladies were lucky that they came out innocent after the investigation, because they would of been charged with different lawsuits by Aruba’s airport and by Southwest airlines.

This act is punishable on Aruba and you can be incarcerated for up to 9 years.

The department of health started a awareness campaign for the locals about how to combat mosquito breeding nest in their yard during the upcoming rainy season.

We’ve experienced a very dry half of 2017 – however, hurricane season started June 1, this means more rain and more chance for mosquitoes.

The department of public health has been doing a great job with combating mosquitoes by fumigating the entire island.

Talk to your doctor if you plan on getting getting pregnant after your visit Aruba to get the best advice.

The prime minister wants to charge $1. 00 daily for paid parking that will be included in the car rental price for parking in the downtown area.

However, according to many politicians this isn’t fair, because car rentals and hotels are already charging visitors a levy fee ($1.00 & $3.00) per day respectively imposed by the government.

Not every tourist that rents a car is going to visit the downtown area and won’t use the paid parking.

In addition to that, there’s no guarantee that a tourist will find a parking space while in the downtown area.

The parking fee hasn’t been implemented yet – it’s only an idea at this point.

Parking is still free in the hotel area and beaches of Aruba (only the downtown area has paid parking).

If you want to rent a car but don’t know which rental company to contact, click here to send me a car rental request.

I will personally provide you with a car rental quotation for any car you’d like to rent within a few hours.

Aruba lions club revealed a new monument during a special ceremony this week.

The president of the club mentioned during a speech before the big reveal that they are celebrating 70 years of existence (and 100 years of international lions club).

Aruba lions club has been offering volunteering services to the local community for 7 decades.

The monument was revealed in the presence of the press and other guests by a long life member of the club.

If you’re interested to see it, you can find it easily, because it’s right outside of the airport. 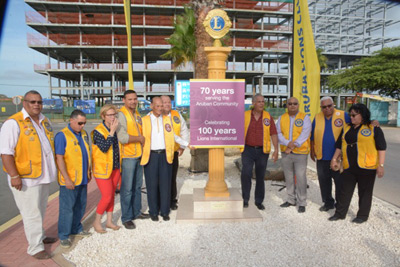 The Queen of Freestyle Windsurf

Sarah Quita Offringa added another gold medal to her career and also racks up her 10th consecutive win in freestyle windsurfing at fuerteventura. in Spain.

She’s the best in the world in women’s freestyle windsurfing and I’m proud she’s from Aruba.

Sarah has been nominated for woman of the year and has a documentary about her named “cabei busha” (the curly gem). 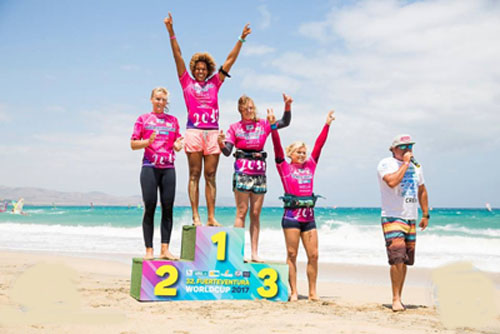 Be Aware of Road Constructions

Aruba is undergoing a lot of development at the moment, especially to its infrastructure.

For example, the green corridor highway starting from the airport until San Nicolas and the new watty vos boulevard (a new beltway).

With the ongoing constructions, there’s plenty of roads that are going to be closed.

If you’re in Aruba and plan to explore the island in a rental car it’s good for you to know which ones are going to be closed.

On July, 31 2017 the highway between the roundabout in pos chiquito and la granja restaurant will be closed due to adding new asphalt on the road (it’s going to take about 10 days to open again).

A part of the highway in the district of alto vista will also be closed during July, 31 – August, 2 (from Turibana 26 to Alto Vista 32).

Alternative roads will be indicated with signs.

Due to change in atmospheric pressure in Aruba’s region we may experience very strong winds.

A warning for all beach goers to be cautious when swimming, tie down all objects that can fly away and be dangerous to people around you.

They also advise beach goers not to swim to far out on the north and east coast of the island during this week.

The effects of these strong winds can be felt the most at manchebo beach, so be careful when swimming in that area.

The Hilton received two awards by familyvacationcritic.com and hotels.com

Guests left positive comments on  familyvacationcritic.com about Hilton resort – so the resort received a “favorite among families award”.

Hotels.com gave Hilton Aruba the “loved by guests” award, because of the exceptional feedback by their guests.

The model cars they received are from Mitsubishi.

These 4 new cars are going to be used for emergencies – especially during calamities that include floods, because these cars have water wading capacity up to 700 millimeters. 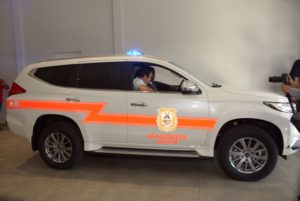 Government Bans Use Of Cellphone While Driving in Aruba
0 replies