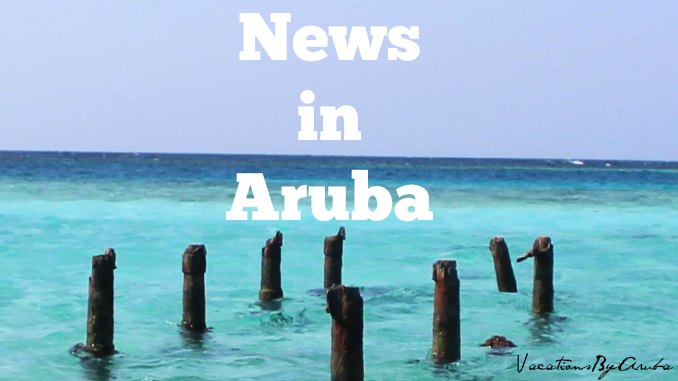 Once a week (on Sundays) I make a recap of the most recent Aruba newspaper headlines for you in English, so you can stay up to date with what’s happening on your home away from home.

If you want to keep up with what’s happening on the island – you’re in the right place!

Until this day, the newsletter is free.

Why I am not charging, yet?

It’s all because of generous and loyal readers newsletter who love Aruba and want to stay in touch with the island that don’t mind supporting the newsletter by giving a small donation that covers all the costs of running a website (which are mainly maintenance, hosting fees etc.)

So, let’s start with the first headline of this week….

The government officially opened a pilot plant near the refinery to cultivate algae on the island.

The project is a sustainable one, also innovative and commercially good for Aruba, because the algae market is a 100 billion dollar market, which can potentially grow our economy.

According to the strategic adviser of the pilot plant, the project is still in its first phase.

This means that they are currently investigating which type of algae is the best to cultivate in Aruba.

Most likely they will be growing a micro algae called spirulina arubensis.

This type of algae is not easily visible to the eye and can easily be grown during the whole year in Aruba using carbon dioxide.

The next step of the project is to optimize the cultivation process, to maximize the amount of algae that can be produced within a specific period.

The first batch of algae will be sold and used by local businesses that are interested.

After they scale up the production of algae, they will start exporting the end product internationally.

Watch Out For Fake 100 Guilder Bills

The central bank of Aruba made a public service announcement to warn the public that there are fake 100 guilder bills in circulation on the island.

It’s important that locals as well as visitors take notice of these fake bills, and know the difference to spot them right away.

According to management of central bank of Aruba, the fake 100 guilder bills are easy to spot, if you know what to look for.

The main difference between a real and fake 100 guilder bill is the quality of paper used to make these counterfeit bills and the green which is not identical.

False 100 guilder bills don’t have a watermark, and the logo from central bank Aruba isn’t visible.

When you hold a real 100 guilder bill against the light you notice a divi divi tree or watapana tree, however the fake bills have these trees directly printed on the paper bill.

If you get caught counterfeiting money in Aruba, you can get a prison sentence of up to 9 years. 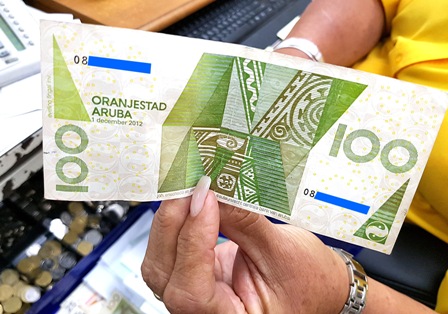 Gas Price on the Rise

The price of gasoline and diesel increased again on September 13, 2017.

If you’re renting a car, take note of these changes for the price for petrol into consideration for gas money budget.

Don’t have a car yet for your vacation in Aruba?

I can help you find a good car for a good price and arrange a pick up free at the airport to your rental car in Aruba.

Use this link to contact me for car rental quotation and I will email you back as soon as possible.

New Office For Refinery Of Aruba

Refinery of Aruba makes some major moves by establishing their own office in San Nicolas, close to the refinery.

It’s the first time in over 75 years that the government and local people own the refinery.

The name of the company is RDA (refenaderia di Aruba) and the government is leasing the refinery to citgo to boost our economy.

There’s different departments in the RDA office, such as fuel marketing and supply Aruba, Aruba Safety Council, department of labor and government.

The new office gives locals who want to work in the refinery to easily apply for jobs.

There’s already over 500 people working in the refinery at the moment.

During the last couple of weeks 39 more locals have been hired for different positions like unit supervisors, area maintenance supervisor, shift supervisor, administration, and other technical functions.

At the moment engineers are busy with inspection of the all the machinery in the refinery, before they partially startup the refinery.

The minister of justice officially opened a new building for the department of public ministry.

They nicknamed the new office for the public ministry “safe house”.

The safe house is considered as a new system of working to combat crime on the island, but it’s also the “house” where all the departments that work together to combat crime are located.

According to Aruba’s general prosecutor they got the concept and method of combating crime from the Netherlands.

The new system for the safe house is to focus on people who break the law, domestic violence, youths that show violent tendencies, people with mental issues and people who have already been detained once.

Moving Into The New Hospital

Aruba’s hospital got expanded with two new buildings, which are ready to use, but the patients need to be transferred from existing hospital building to the new ones.

That’s why all nurses are following series of training to successfully transfer all patients from the existing hospital the new ones.

The staff at the hospital have to learn the correct way to transport different type patients.

They trained different scenarios, like entering and exiting the elevators, testing out the new nurse calling system, figure.out how the new beds work and how to receive patients in the new emergency rooms to name a few of the long checklist that they have to cover before actually making the move.

According to a manager the nurse training sessions are to make sure that the staff gets used to the new buildings, get orientated with all departments and rooms and to introduce them to a new method of working.

Because the buildings are spacious, the distance between patients and nurses are are bigger. This means that the nurses also have to get used to and practice to get to the patients as soon as possible.

Before the end of 2017 all patients will be transferred to the new hospital buildings and the existing one will be renovated.

Stimami steralisami (which means if you love me, sterilize me) is a organization that helps other foundations with the sterilization of stray cats and dogs in Aruba and they received good news from their sponsors.

They have been funding the costs to sterilize these stray animals for about 2 years now since they started their awareness campaign in 2015.

They recently announced that they will be continue to support the efforts of stimami steralisami to stop the stray animal situation in Aruba.

Since stimami steralisami opened its doors they already sterilized 4.500 dogs and cats.

Their goal is to sterilize 11.000 stray animals within 5 years.

This law is known locally known as “ley seco”.

All bars and supermarkets that are located inland are prohibited to sell alcohol to locals.

Some bars are even forced to close, because they only sell alcohol. Supermarkets are allowed to stay open, but they have to close the alcohol section.

Places that have exceptions to sell alcohol are restaurants, mini markets and bars within the low and high rise area.

Ley seco doesn’t count for visitors, so you can buy alcohol at supermarkets like price smart, superfood, ling & sons with no problems during ley seco.

The Fight To Protect Nature

Since the government announced that 16 areas around the island will be protected by Arikok, they only made one of these 16 areas officially under the protection of the national park.

To get more areas under the protection of Arikok, the organization Aruba bird life conservation sent 2 petitions to sit with the government and discuss the status of the rest of the 6 nature area’s that should be protected by national park Arikok.

According to the director of Aruba bird life conservation they made the first petition on July 4, 2017 and the second on August 23, 2017.

However, they haven’t heard a response yet from the government….

After the election which is (September 22, 2017) is when all other priorities, such as the areas still needed to be officially announced under protection of Arikok.

According to ABC, these 16 areas are very important to Aruba for many reasons, as well as locally and internationally.

For example the mangroves are important for birds during migration.

The government made plenty positive choices after voting to protect these 16 nature areas. For example, they stopped destroying nature areas around the island and are more green conscious.

Aruba bird life conservation also received support by the locals by getting got over 11.000 signatures to protect these nature areas.

The only area officially protected by Arikok at the moment is spaans lagoen.

Edith Mensonides is a local artist who specializes in abstract and figurative paintings.

She will be decorating and painting plates for everyone attending the charity lunch as a memory.

The menu for the taste of art charity lunch, is an appetizer of escargots, green shell mussels with lemon sauce and cherry tomatoes.

For the main dish, one can enjoy a savory land and sea plate, served with halibut, steak, sweet mashed potatoes, grilled vegetables and gravy.

There’s going to be chocolate and vanilla ice cream for dessert.

The price for taste of art culinary experience is $60.00 plus 15% service charge.

All the profit of the charity lunch will be donated to an elderly home in Aruba, called SABA.

Recent News in Aruba - All About The Recent Developments in Paradise