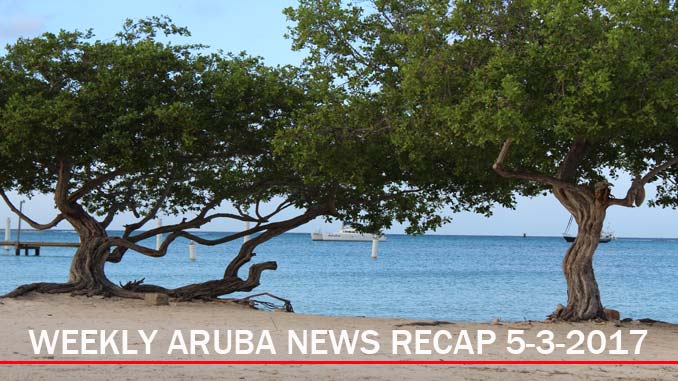 Then you’re in the right place…

Every week (on Sundays) I post the most recent Aruba news that pertains to you.

I write this newsletter, because I know how hard it is to find recent Aruba news in English.

You might be wondering where I get my information from…

I watch the news on TV, read all the different local newspapers online (and some in print) and occasionally listen to the radio station locals call to discuss what’s happening in Aruba.

I hand pick and translate what you can relate to, so you can get the most recent Aruba news in English.

This week Aruba Tourism Authority announced 3 big festivals that are going to be held during the coming months.

Here’s what’s one schedule regarding festivals in Aruba…

After announcing dancehall artist Konshens and reggae sensation Morgan Heritage as the two main acts last week during a press conference, the organizers of flip flop came out with another surprise announcement.

They added a hip hop superstar to the line up – Rick Ross!

This years flip flop is a must attend event if you enjoy dance hall, reggae or hip hop. It will be held on 31 March until 2 April. With the main event being held on 1 April (Morgan Heritage, Konshens and Rick Ross).

The party will kick off with dutch DJ siblings – shermanology in club emotions (31 March).

The last day of flip flop is a pool party with DJ Outkast at Renaissance Hotel (2 April).

You can still buy your early birds tickets at any gas station in Aruba for $20 (there’s not much early bird tickets left, 95% already sold).

I still have to buy mine, for the main event of course! 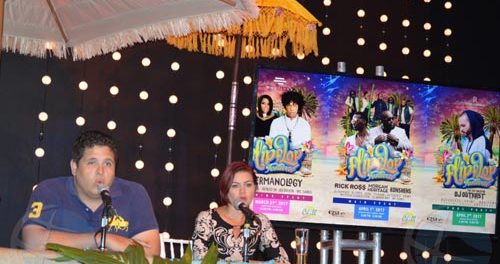 One of the biggest festivals in Aruba is back again for 2017!

Soul beach music festival is just what the name says it is – soulful!

This event is popular because of the caliber of R&B artists that are known to perform on stage. And this year promises to be bigger than ever with artists like Mary J Blige, Faith Evans and Usher!

Soul beach is also known for it hilarious stand up comedy nights.

This year on of the “Kings of Comedy” – Cedric the Entertainer is going to be on stage!

The organizers of soul beach also said during a press conference that there will be an app that you can download to see everything about soul beach (I will update you on any news from the app).

This year promises to be a big year for R&B in Aruba – are you going to be here for it?

It’s official – Aruba summer music festival has been officially announced (including artist who are performing).

If you’re going to be in Aruba in the end of June you should put this fest on your to do list.

Artists like Maluma and Juan Luis Guerra are scheduled as main performers.

If you like Latin music, you should visit for the weekend fest 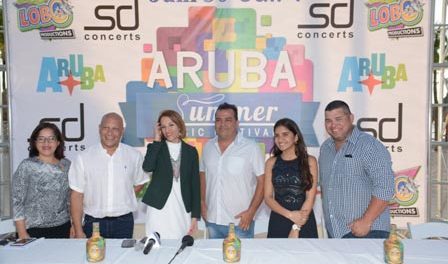 Organizers from Aruba music festival at a press conference.

The End of Aruba’s Carnival 63

The 63rd edition of carnival is finally behind of us.

It was a nearly 2 months of ongoing festivals, queen elections and parades. This years carnival started with a traditional torch parade right in the first week of January and ended with the annual grand parade in the downtown area of Aruba last week.

I have to say I enjoyed myself during this carnival season, because it was the first time I participated in it.

I went in for Lighting Parade in San Nicolas! It was amazing (I can’t wait for next year).

Now I know why thousands of people fly from all over to participate in Aruba’s carnival.

If you’ve always wanted to go in Aruba’s parade, please do so, you won’t regret it!

Check out this movie from Aruba’s grand parade 2017.

Where did the idea come from?

The moment a calamity presents itself there is supposed to be more colleagues to help the guests than just the security guards. – this is what the HR director of Playa Linda, Linda Kelly, said during an interview.

What must they know about safety?

Security and safety means much more than catching thieves.

The director of the loss & prevention department, Fernando Fecunda, was one of the employees who suggested this safety training to management.

He also mentioned during his interview that he’s glad management decided to take him up on his offer, because now the Playa Linda is better prepared in case of anything!

Two thumbs up for Playa Linda for providing more safety to their guests.

Selected employees for the safety team.

A neighborhood watch created in the city of Wayaca (near the airport) was essential in catching thieves in the act of robbing a house.

A couple of months ago there was a slight increase in crimes committed inside homes from locals. After the government examined these cases it was clear that most of them were committed by Venezuelans (with no good intentions).

Because the situation in Venezuela is getting worse by the day with the current crisis they are dealing with.

Aruba is close to Venezuela and gets undesired visits by undocumented travelers who come here with bad intentions. They are happy to find 50 dollars in a break in, because american dollars are worth much back home.

However, the local community is starting to fight back…

They’re taking safety and security in their own hands by starting neighborhood watches via whats-app. If anything strange is happening outside, someone send a whats-app and every one is alerted. The police are also continually notified by these groups and use the information they receive as tips to solve any committed crimes.

Neighborhood watch is something normal in the US, but entirely new here in Aruba. It’s starting to pick up more between locals on the island and getting a life of it’s own. 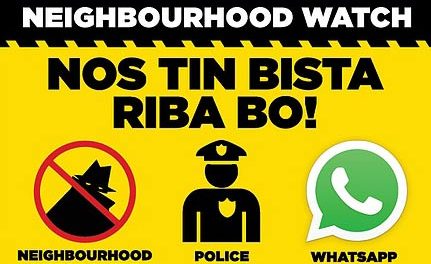 Flyer for the neighborhood watch Aruba.

The Fight Against Mosquitoes

The company in charge of combating mosquitoes in Aruba “Gele Koorts Mosquito Bestrijding” recently did a control around Aruba to get an index of the amount of mosquito breeding places on the island (and to destroy them of course).

The mosquito’s they are particularly after are aedes aegypti, which are known to cause dengue, chikungunya and zika.

The control was one with intention to remove all the existing breeding grounds they encountered. And also make house owners aware who had mosquito breeding nest in their yards on how they can prevent mosquito breeding nest. They also shared pest control products to locals to help kill the mosquitoes.

Like I mentioned in an article before the government is taking an active role into combating mosquitoes and zika.

Click here to read why you should travel to Aruba despite zika warnings. 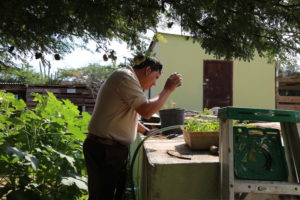 Busy with breeding ground examinations at a locals house

Unfortunately an American tourist passed away near nikki beach while he was diving.

It was during the midday that beach goers saw a body floating near nikki beach and they called the police (and ambulance). The authorities took the man out of the water and tried to give him CPR, however not even a hour after he was pronounced dead…

I’m not sure how he died, but there are stories that he had a heart attack while diving.

They most likely do an investigation into what exactly happened to him.

Condolences to the family members and friends this person left behind…

Take note that the currents are a little strong during this season in Aruba, so be careful when you’re snorkeling (or diving). Don’t go too far out if you can’t swim (and avoid going alone)!

Did you enjoy reading this weeks recent Aruba news recap?

If so, sign up to my newsletter to get future posts about the recent Aruba news via email. Join the newsletter by typing your email in the sign up form below.