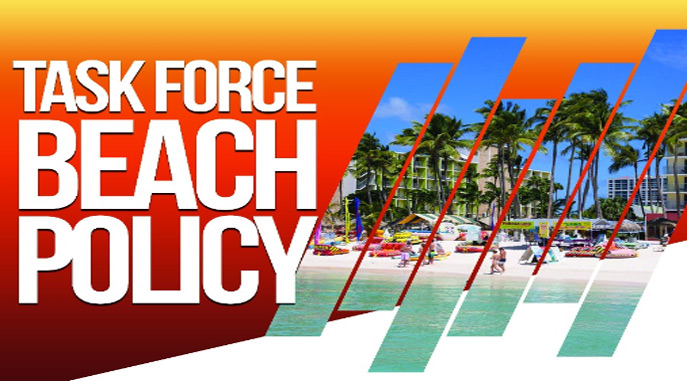 Once a week, on Sundays I recap the most relevant and recent Aruba news topics.

Subscribing to my newsletter is an ideal way to stay up to date with what’s happening in Aruba – whether you’re living on the island, miles away or your first visit!

Let’s get started with the one of the most important Aruba news topics on the island.

A video of two water sport owners arguing over “business on the beach” surfaced the internet and went viral.

It also got the attention from the government, which disapproves of the situation.

The minister of Tourism, Infrastructure, Justice and Transportation signed a ministerial decree which empowers an appointed task force to re-establish order on the beaches between water sport owners and chair vendors.

The new task force is a collaboration between the police, department of infrastructure and planning, public works company and directie scheepvaart.

As of January 21, 2018 the task force will hold regular controls to make sure water sport owners and chair vendors are following the beach policy.

The government also implemented a “3 strikes you’re out” policy.

All the disciplinary actions taken against those who don’t follow the beach policy will be recorded in a database. When a warning is issued 3 times, the owners will lose their license to do business on the beach.

The president of Venezuela closed the frontiers between his country and ABC (Aruba, Bonaire, Curacao) islands for an indefinite period of time.

He implemented a ban, because precious metals, minerals and other products are being illegally exported out of Venezuela – according to him.

This means no commercial communication is possible to and from Venezuela, either by sea or air.

The Aruban government met with officials from Venezuela this week to resolve the situation and reopen the frontiers.

According to the prime minister, a written agreement was made to reopen the frontiers, but it has yet to be approved by the president of Venezuela.

The frontiers are still closed, and no one knows when the ban will be called off.

So what consequences does this have for Aruba and other islands?

The supply of fruits and vegetables are running low at local markets, because they depend on products from Venezuela that reach by small boats.

However, the big supermarkets on the island have enough fruits and vegetables, because they import their products from other countries.

Importing fruits and vegetables from Venezuela is 30% cheaper compared to other countries for local markets owners.

As of now the local markets are receiving their fruits and vegetables from Colombia, which is a bit more expensive than Venezuela, but still an affordable alternative.

The only issue with importing from Colombia is that it takes longer for the boats to reach Aruba, about 24 hours compared to 7 hours from Venezuela.

Aruba imports more than 50% of its products from Venezuela, the rest is imported from Colombia, Netherlands, America and Chile.

So who’s to blame for precious metals, minerals and products being illegally transported by boats to the ABC?

Border control in Venezuela is known to be strict, but there’s a theory that the customs are the ones who are allowing the products go in return for money to survive the current situation in Venezuela.

The government should look into investing in ways to grow our own fruits and vegetables.

Aruba has the perfect weather conditions to cultivate its own products. Maybe Aruba Will Move Forward Without A Refinery

What consequences does the closing of Venezuela’s frontiers and incarceration of the top officials in CITGO Venezuela have on completing the refurbishment of the refinery?

Since the President of Venezuela closed all commercial communications with ABC islands, and the top officials of CITGO Venezuela are still incarcerated, what does this mean for the future of the island’s refinery?

The rehabilitation of the refinery was supposed to take about 2 years until working on full capacity, however with the delays it’s going to take longer than expected.

“Maybe we should think of an Aruba independently of a refinery”

Said the prime minister during a press conference a few weeks ago.

The government doesn’t have much information about the progress for the refinery.

They are investigating possible breaches in the contract by CITGO.

5 Reasons To Escape The Winter in Aruba

Is the cold weather making you dream about a trip to Aruba?

If so, you’re most probably suffering from the winter blues.

There’s plenty of remedies to treat your depression, but the best cure is a vacation in Aruba.

Here’s 5 reasons you should escape the cold in Aruba this year.

It’s the perfect winter escape, because the island is an oasis of sunshine, beautiful hotels and plenty of things to do in Aruba.

The event will take place at Carnival Village, which is located in San Nicolas, close to the refinery.

A total of 91 compositions will be displayed during the pre-finals. To be exact, 72 songs are soca’s and 19 of them are caiso’s.

Only 35 songs will make it to the finals to be crowned Aruba’s Caiso & Soca Monarch for 2018.

The finals will take place on January 27, 2018 at Carnival village.

Tickets are available for sale at all CITGO gas stations.

Every Tuesday visitors can get to know more about the culture and history of Aruba by visiting the popular “Bon Bini Festival” at Fort Zoutman.

It started since 1985 under the name Watapana Festival. The festival is over 30 years old and continues to introduce visitors to the culture of the island.

This year the promoters decided to revamped the festival and added brand new themes, shows and surprises to the program.

Entrance price for Bon Bini festival is now $10.00, which will be used to contributions for the developments of Fort Zoutman.

Bon Bini festival starts at 6.00 PM every Tuesday at Fort Zoutman which is located in the downtown area, close to the Parliament building.

Arikok National park is creating a new management plan for Spaans Lagoon, which has been officially recognized as a ramsar area back in 1980.

Spaans lagoon is an area of cultural, historical and geological value for Aruba.

It also has an immense biodiversity of flora and fauna that needs appropriate attention.

It’s Aruba’s most significant coastal lagoon and one of the largest natural lagoons in the Caribbean.

The lagoon is about 2 kilometers long and surrounded by mudflats and mangroves.

Spaans Lagoon was officially passed under the protection of Arikok National Park in March 2017 during a visit of the Princess Beatrix.

Arikok will be taking the following points into consideration in the management plan to conserve Spaans Lagoon.

Arikok already added signs near the lagoon to warn visitors about the rules of entering the nature reserve.

Entrance to the lagoon will soon be restricted to the public and only accessible with a park ranger.

Here’s a view of the Spaans Lagoon… 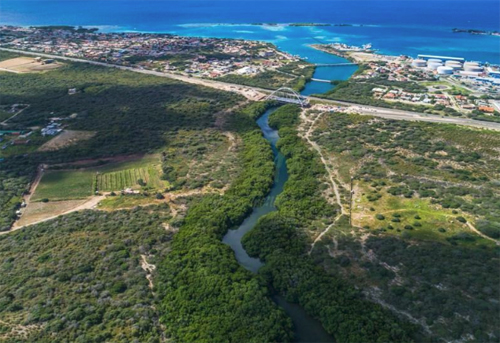 A view of Spaans Lagoon.

A few startup companies in Aruba are already using the latest technology in e-commerce to grow their business.

However, the new way of business hasn’t gone mainstream yet on the island.

The chamber of commerce wants to implement it for all business.

They created a “white paper” document in which all aspects that they have to consider to introduce e-commerce in Aruba.

The document is already in the hands of the Governor and Prime Minister, awaiting to be reviewed.

The government needs to adapt certain laws before e-commerce can be a reality.

So what’s inside this documents?

Mainly all the constructive comments by business owners in regards to how they think e-commerce should be developed on the island and how it would help their business grow.

The banks in Aruba play an important role for e-commerce to be possible on the island, and they have made some important developments recently that can easily facilitate  the new business model.

Locals in Aruba are ordering from Amazon (or other websites) and receive their packages within 2 weeks. By allowing e-commerce in Aruba the delivery time will be shorter.

If the business can get their products at a cheaper price to locals online and still make a profit it would be a win – win – win situation.

So what is “Dia di Betico” Exactly?

It’s the birth date of a local politician who was the driving force behind attaining Aruba’s status aparte (special status) in the Dutch Kingdom.

This year would have been his 80th birthday.

Plaza Betico Croes is located close to surfside beach, a stone throw away from Cas di Cultura and Talk Of The Town Hotel.

The event stats at 6.00 PM with an Aruban culinary fair and local art.

Here you will find the most traditional and delicious Aruban bites, snacks and beverages.

All stores and businesses will be closed during this national holiday

Local Chinese supermarkets are known to be open, in case you need some groceries or other necessities.

Don’t have a rental car yet in Aruba? Find one here now!

More About Aruba For First Timers

Aruba is an island full of contrast.

One area is dotted with resorts, beaches and fun for the whole family, while the rest of the island boasts natural bridges, caves and coves formed by pounding of the ocean.

After the sun sets, Aruba starts to get captivating, with over 200 restaurants offering some the best dishes on the island that offer different culinary experiences, cocktail lounges, casino and booming night clubs.

If you’ve never been to Aruba before, what are you waiting for?