Once a week, on Sundays I publish a recap the news report in Aruba. If this is your first time reading my newsletter – welcome!

Last weeks newsletter was focused on the islands development, this week there’s some exciting news, and special because there’s an amusement park in Aruba for the following months. Keep on reading to find out more about what’s been happening in Aruba.

There’s something exciting and fun, perfect for kids (and also for adults that still feel like kids) to do on the island.

It’s an amusement park, known as coney island by the locals.

The owners from the amusement park is are from Venezuela and they travel all over the Caribbean – now they are finally in Aruba.

The staff are installing the rides at the moment – this will take about a week!

I spoke to one of the staff members and they informed me that they have over 25 rides. From popular kid rides like merry go rounds, Montana ruso, bumper cars to rides for adults, for example, slingshot, Ferris wheel, revolt (which turns you upside down) and more attractions, they are too much to name!

There’s also going to be popcorn, cotton candy, sweets and treats for children!

If you’re on the island (especially with kids) and are looking for something exciting and different to do, visit the coney island.

It’s truly one of a kind experience on the island, because it’s not everyday that we have a coney island in Aruba!

The government declared the “prikichi”,  one of island’s endemic birds as the national bird of Aruba on February 7, 2017.

This week the central bank of Aruba announced that a silver 5 guilder coin commemorative for the prikichi.

Here’s a picture of the new silver coin…

This is really beautiful.

The prikichi can be found everywhere on the island, especially in the cunucu and mondi ( which mean in the garden and bushes in Papiamento). They are usually with a group. You can recognize them by their beautiful green and yellow feathers (and distinctive chirping noise)

The coins are made from silver and cost $82.00 each. You can buy them at the central bank of Aruba, located on J.E. Irausquin Boulevard 8.

This week was the last edition of Carubbian festival for 2017.

If you’ve been looking forward to visiting Carubbian fest in December, you’re out of luck. Because the last edition for Carubbian 2017 was on November 30.

What’s the carubbian you ask?

It’s one of the best festivals in the district of San Nicolas to mingle with locals, get a feel for Aruba’s culture, taste local food and drinks, hear carnival music and watch musical style shows that depict the history of the Aruba.

The festival is held every Thursday night and promises great ambiance!

Carubbian festival will restart in 2018, the specific date will be announced by the organizers.

If you’re a sushi and Asian cuisine lover, you must try Dragonfly’s new early bird menu.

The early bird menu also has all you can eat sushi from 4:00 PM – 6:30 PM. Four pieces are available per roll: California Roll, Alaska Roll, Tuna Roll, Spicy Tuna Roll, Dynamite Roll and a Veggie Roll. Two rolls per person are served at a time. The price is $23.50 per person.

These specials are worth looking into – Dragonfly is located in Arawak Garden across from the Barceló Resort.

More Hotels on Palm Beach (still to do)

There’s talks of another hotel on the island near the area of palm beach.

And it’s gaining the attention of environmental groups and the government, because is another large resort really necessary on the island?

According to the new minister of tourism, after this year’s election in September 2017, he explained that the hotel was approved by the previous minister in charge of infrastructure, but that he personally doesn’t approve of the project.

The new government wants a balanced expansion of hotels that has a minimal effect on the islands infrastructure, environment and social impact. They are focusing on a different type of niche in tourism by creating small boutique hotels.

It’s not clear what the future holds for this particular lot next to blue residences, because the developers have an agreement with the previous minister. No reaction was given from developers as of yet to the media.

Here’s a picture of the area this “new brand” hotel is going to be built. 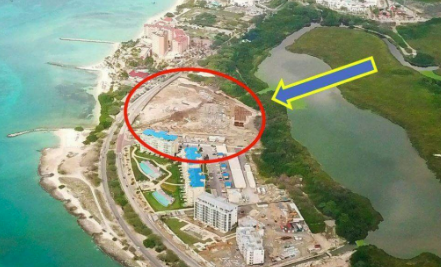 Is another hotel needed?

Aruba airlines inaugurated their first flight to Bonaire this week, after announcing their inter island flights between Aruba, Bonaire and Curacao two weeks ago.

The members of the press and government were invited on the first flight to our neighboring island Bonaire.

But on Sundays the return flight from Bonaire will be with a stop at Curacao, before going to Aruba.

The airline has better prices to go to Bonaire and Curacao, compared to other companies.

I’ve heard that they will be also opening new flights to Aruba from Minneapolis with Delta Airlines and Sun Country – however, we’re going to have to wait for the official announcement!

The new month brings holidays and festive celebrations on the island.

One things that’s tradition on Aruba is decorative Christmas lights, and this year is no different. As the sun makes it way down, homeowners turn on their christmas lights for display.

Not only are houses decorated, but nearly every roundabout on the island has a different Christmas theme decor and lights. The main street are also covered with beautiful christmas lights.

Here’s a picture of a decorated roundabout in the district of Hato. 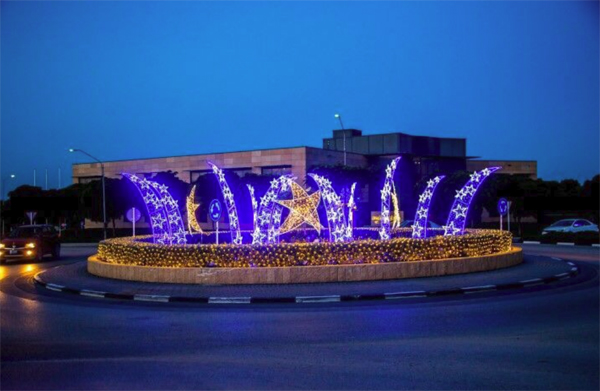 What should you expect around Christmas season in Aruba?

As we locals say, expect a “fiesta di pasco” with lots of ambiente (which means Christmas party with ambiance, and things to do in English).

There’s going to a bunch of Christmas events around the island, featuring local bands. You will also get to taste traditional foods like ayaca, keshi yena and ham di pasco.

If you’re on the island during the holidays, make sure to visit one of these local Christmas events to experience the most loved seasons.

Believe it or not, Aruba has its own winter wonderland located right at the Renaissance Marketplace in the downtown area.

It’s one of the places you should visit with the family if you’re in Aruba during the holidays.

All proceeds during the christmas wonderland will be donated to the mary joan foundation.

The shops, restaurants and bars at the Renaissance marketplace will have specials, so be sure not to miss out on these amazing deals.

The Christmas wonderland is open everyday from 6:00 PM until 10:00 PM.

Renaissance marketplace is located in the downtown area, close to the cruise port.