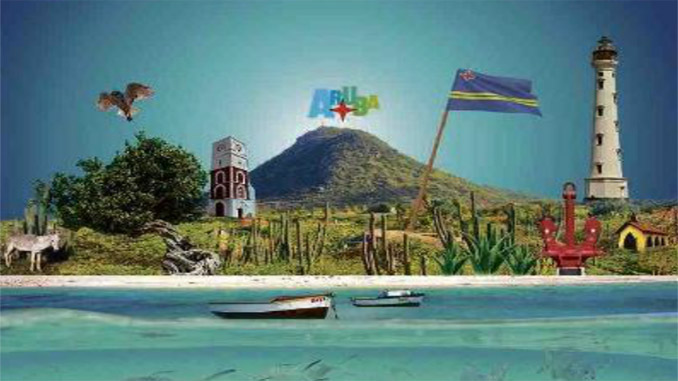 If you’re looking for news out of Aruba – you’ve found it!

Once a week (on Sundays) I do a recap of the most recent news out of Aruba.

News Out of Aruba Information

Staying up to date with happenings on the island means you need to read the local news. But that’s hard to do if you don’t understand the local language – Papiamento.

Having a way of getting news out of Aruba in English is essential if you want to stay connected with what’s happening with your home away from home.

So where do I come up with the information for news out of Aruba and how true are my observations about paradise?

I watch the news nearly every day on tv, read local newspapers (online and some in print) and occasionally listen to a radio station locals call to discuss what’s happening in Aruba.

During the end of the week, I do some writing for my newsletters…

I pick the most relevant news out of Aruba that you can relate to and translate it into English, so you can stay up to date about what’s happening on the island.

Locals dress in their favorite Aruba t-shirt displaying their sense of pride for this day!

The official national holiday is celebrated with different events around the island (including cultural song festival, local games, museums, sport events or just spending the day with the family at the beach).

And of course, what can’t be missed is – local food and drinks. From sopi oester (oyster soup) and pastechi to keshi yena and carni stoba (goat stew) – just delicious!

More About The Flag & Anthem

In 1972 a well known politician (Betico Croes) proposed that Aruba should have status aparte (special status – to be a separate autonomous island within the dutch kingdom).

Then came a referendum by political parties, that left the locals to choose whether they wanted to join a federation or be a independent autonomous within the dutch kingdom.

The majority of local people who were allowed to vote at that time decided for independence. A total of 2.147 people signed the status aparte document that was sent to the dutch government.

But in 1976 the dutch government refused to negotiate (and to give) Aruba a separate position within the dutch kingdom.

On March 18, 1976 that Betico Croes declared Aruba’s independence with the inauguration of the Aruban flag and our national anthem – “Aruba Dushi Tera”.

What’s interesting to know is that Padu del Caribe was one of the 2.147 people that signed for Aruba’s independence!

On March 17, 2017 the government organized a special candle ceremony for all the 2.147 people that signed for Aruba’s independence at the “status aparte” monument in the downtown area.

Friends and families of those who signed were invited to light a candle of each of these men and women (in total of 2.147 candles). 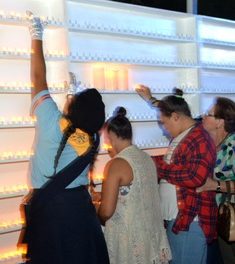 The government made a special monument for the three men that responsible for composing Aruba’s national anthem.

The new monument is called – Plaza Padu. Which is right behind the current parliament building not far from the Renaissance Hotel.

Plaza Padu is a must see on your next trip to Aruba. 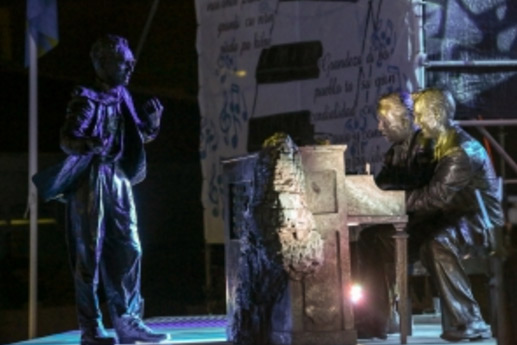 Besides patriotic flag day celebration, some other things happened in Aruba, like…

The CEO of Aruba Tourism Authority, Ronella Tjin Asjoe-Croes, agrees with the introduction of ESTA in Aruba.

During a meeting with the department of immigration, she stated that ATA supports ESTA, because it safeguards the islands frontiers.

As a native islander, I also agree with the new system, because it allows for better management of who exactly is coming to Aruba and why…

I think the new ESTA system is going to become an important factor to stop the flow of people with bad intention to enter the island.

Isn’t that confusing…? Should you fill in both?

According to the CEO of ATA, the ESTA form is comparable with the online ED card that was introduced a couple of years ago.

However, there is a small difference, the ESTA is focuses more on pre-screening.

The new system is still not finalized, so it still needs to be integrated with the current online ED card.

As soon as the ministry of justice gives more information about the new ESTA system I will notify you about it in my newsletter. 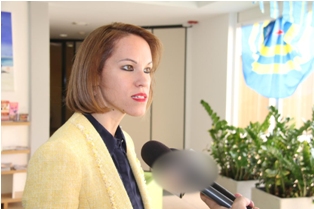 Aruba’s airport is big and beautiful, but there’s still plans for expanding which is known as the “entrance to paradise” among travelers looking for a relaxing beach getaway.

According to the chief operation officer, Jurgen Benschop, the amount of travelers that use the airport has grown in the past 2 years. The current building has been designed to accommodate about 2 million passengers and now about 3 million visitors have visited in the past two years.

Expanding the airport is the only way to maintain the award winning quality of service that Aruba’s airport is known for.

Jurgen Benschop mentioned during an interview that they are still in the brainstorm part of the project.

At the moment they are focused on creating a plan to expand the airport that can accommodate the growth of passengers for the next 20 years ahead.

Right now the check in terminal is divided into two sections – the US and all other destinations.

But the current plan is to combine these two terminals into one big check in area.

All luggage’s will pass through one screening and will be divided afterwards according to the traveler’s destination.

The whole idea is to eliminate, the part where you have to recollect your luggage to check in at the immigration.

There is a big impasse between a local environmental non-governmental organization “Aruba Bird Life Conservation” and Grupo Isla, which is the leader of the isla di oro project.

The isla di oro project is an upcoming plan for a new wellness eco-resort in the mangrove area near Pos Chiquito. The resort is going to have bungalows style rooms all over the lagoon. 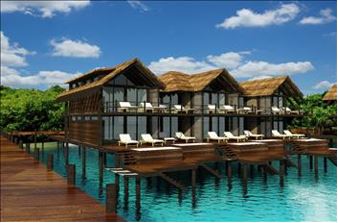 However, I have a mixed feeling about this project…

On one hand this development is going to destroy a piece of nature in Aruba. But on the other hand it “could be a positive” development for tourism and luxury.

The project is currently in a deadlock…

So in an effort to “get the right to build”, Grupo Isla did a study (that costed about 500 thousand dollars), that proves that the mangroves are in danger and need to be protected.

However, I don’t think destroying a piece of nature and building another hotel is going to do the mangroves any good.

It looks like they’re trying to throw the local community a “fastball” to get us to agree to build.

The mangrove area near pos chiquito is not the cleanest compared to other locations on the island. There is no circulation of water and there’s a lot of bugs also. But the area can be cleaned up and maintained without having to build a bungalow eco-resort.

These investors are looking for a possible cooperation with the government, which in my personal opinion – I disagree with.

So is isla di oro really in danger?

I don’t believe so, every time I pass around there, the trees seem greener than ever.

However, I do agree that it needs to be cleaned up and the circulation issue needs to be fixed.

News Out Of Aruba About CITGO

During the past couple of weeks there has been a lot of progress in regards to the new refinery in Aruba.

Since the refurbishment of the refinery started a few months ago, the government already managed to hire and place 350 local employees in key positions to complete the rehabilitation.

The 350 employees are working for contractors and others have a contract directly with CITGO. In the coming months more people will be contracted to work in the refinery.

The new plant is going to be an upgrade style refinery that will run on natural gas, so they are also creating a pipeline at the moment to transport gas from Venezuela to Aruba.

The gas pipeline is projected to be finished in the first half of 2018!

Five decades ago a local family started a refreshment shop in the area of natural bridge.

Slowly but surely the family expanded the little shop into what is now known as one of the most popular sightseeing spots in Aruba.

However, the local family recently sold the facility to Palm Tours, which is a locally owned excursion company in Aruba (I used to work there in my teen years as a tour guide).

They refurbished the entire building making it look just like a traditional old cunucu house.

Natural Bridge is celebrating its one year anniversary since palm tours took over and renewed the building.

The area of natural bridge has no electricity (or water), they use generators that runs 24/7 all the time. A truck delivers water every day at the site so that the toilets can work.

If you get a chance, visit the natural bridge to see it’s new beauty!

If you’re looking for perfect weather condition to get away from the cold weather, it’s Aruba!

The island has the most sunniest days out of every Caribbean island in the region.

This weeks weather forecast doesn’t have any strange occurrences other than the normal breezy winds with sunshine (and maybe with some clouds).

Only on Thursday a brief shower is expected.

Today is perfect weather to head out to the beach with the family on a Sunday!

How To Support Vacations By Aruba Newsletter

Every Sunday I post a weekly recap of news out of Aruba – for free!

If you want to support me by buying me a few beers to stay creative (nothing great was invented by drinking water) or want to help with the website costs, please make a donation of your choice.

It’s not necessary to do so, but if you feel like it, please do so.

The more you slide it to the left, the more money you add and “the more I smile”!

Newspaper in Aruba - Everything You Need To Know About Recent Happenings