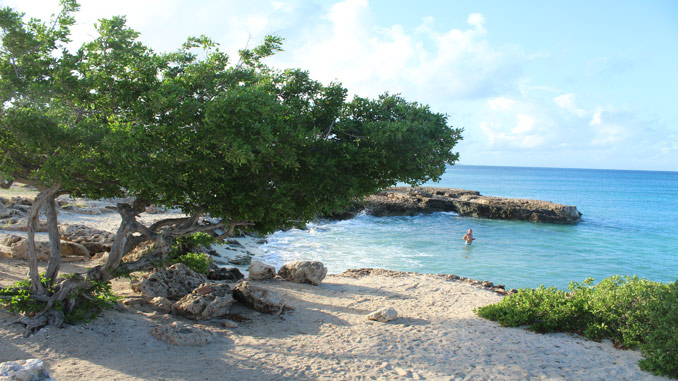 Once a week (on Sundays) I make a recap of the most recent news on Aruba that’s relevant to you.

The newsletter gets published every Sunday and it’s free thanks to generous readers who give a small donation to cover all website costs (maintenance, hosting fees etc.)

The government announced this week that the minimum wage will be raised.

If you are interested in working in Aruba, check the new website for the department of labor, for job vacancies in your field.

Aruba has a law in regards to minimum wage, this means a general obligatory instruction, backed by the government and parliament members which is in line with Aruba’s constitution.

According to the president of chamber of commerce, they weren’t informed or involved in the decision to raise the minimum wage.

They don’t agree with the government’s decision, because the difference in pay raise has to be paid by the business owners, which they find unfair and some say it’s illegal.

Or is this a political stunt to get more people to vote for them the current election, and not fulfill the pay raise anyway?

Want To Work in Aruba?

The government is organizing a labor fair “Expo Labor” to lower the unemployment rate.

According to the minister of finances (also in charge of labor), the unemployment rate on Aruba is 7,7%. Which equals to about 4000 thousand people that don’t have a job (Aruba’s labor market produces about 56.000 jobs).

Last years labor expo was a success, because a lot of people found a job. This year the amount of people who are looking for a job has increased, so the expo labor is promised to be big again this year.

The event is a great opportunity for you if you want to work in Aruba.

It’s nearly election day in Aruba (September 22, 2017), but before the smaller parties can officially participate in the election, they have to gain enough votes to be eligible for the next election.

They have to get a total of 578 signatures (or more) to qualify – this indicates that they have a strong following during elections.

If you live on the island and are going to vote for a small party, support them by signing their list at the building known as “dependance” in the downtown area in front of wilhelmina park.

The two latest hospital buildings in Aruba are going to have a new nurse calling system.

According to the director of the hospital, the old nurse calling system is outdated and not as effective as the new one.

For example, when a patient rings the bell at night, it can be disturbing to other patients who are sleeping.The old nurse calling system also doesn’t indicate how serious the emergency is.

When a patient presses the button of the new nurse calling system, it pages a nurse assigned to the patient for assistance – without making any loud disturbing noises.

If the assigned nurse doesn’t respond within 90 seconds, all other nurses will be paged.

In case a patient sus the nurse calling system in an emergency situation, a blue light will turn on, indicating a case of emergency, and the nurses have to respond as quick as possible.

Now the nurses will know which patient is paging and where they are located with the new nurse calling system.

A traditional house that was built during 1923  in the district of Alto Vista functions as a rehabilitation center and a agriculture company that sells organic fruits and vegetables.

The name of the house is speranza nobo meaning new hope.

The company was founded by Goshen Sustainable Development Corporation to help the addicts work towards a better future and also to give back to the local community.

All fruits and vegetables are grown in the cunucu (backyard), which is maintained by those that live in the rehab center.

They grow all kinds of fruits and vegetables, cucumber, okra, beans, watermelon, dragon fruit and peppers..

All their products are carefully selected, organic, fresh and inexpensive.

If you love to cook your own meals during the vacation and like to use organic products, visit the cunucu located in the district of Alto Vista. 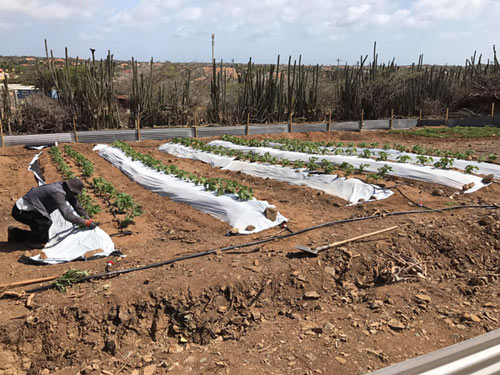 One of the recent buildings to be renovated by SMFA is the California lighthouse.

The lighthouse was closed to the public for years, but now it’s been restored and is open everyday for tours.

FMSA also renovated other monuments in the downtown area for example, the town hall, huisje wild.

Now it’s turn for the “casita geel” (yellow house) to be renovated (located in the downtown area, in the back of the central bus station).

The casita geel was built in 1860 and was used as a town country house.

The walls will be fixed, the yard will be maintained and the house will be repainted (yellow of course).

Renovation of casita geel should be completed in the end of September 2017.

Do you recognize the casita geel?

The price of gasoline and diesel increased on August 9, 2017.

Take these changes in price for petrol into consideration for gas money budget.

Don’t have a car yet? Click here to get a car rental quotation by me.

After the department of public health (DESPA) launched their awareness campaign against mosquitoes, they started to fumigate around the island before the rainy season.

Raining season already started since June (hurricane season), but it hasn’t been raining a lot yet, fortunately!

However, DESPA isn’t taking any chances ad plans to fumigate all areas in Aruba that are known to have mosquitoes.

The government and DESPA are more alert than ever to combat mosquitoes.

Over a 160 couples renewed their wedding vows on Eagle Beach!

The event is known as the largest vow renewing ceremony in the Caribbean.

Aruba’s tourism board made an open invitation to couples all over the world who were coincidentally on vacation in Aruba during the vow renewal ceremony to participate.

It was magical seeing all the couples say I do all over again….

Watch the short after movie to see what it was like during that magical day on Eagle Beach….

Ben Weider is a well known figure in boxing (founder of the international federation of bodybuilding & fitness (IFBB) – he was in Aruba for the event.

The bodybuilding event took place in Marriott Aruba Resort & Stellaris Casino, with a total of 90 participants from all over the world. 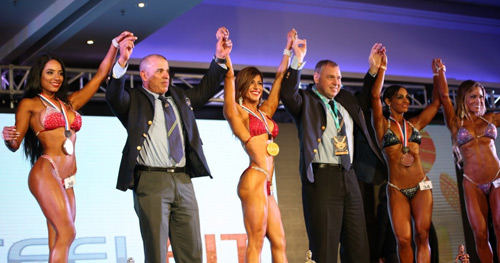