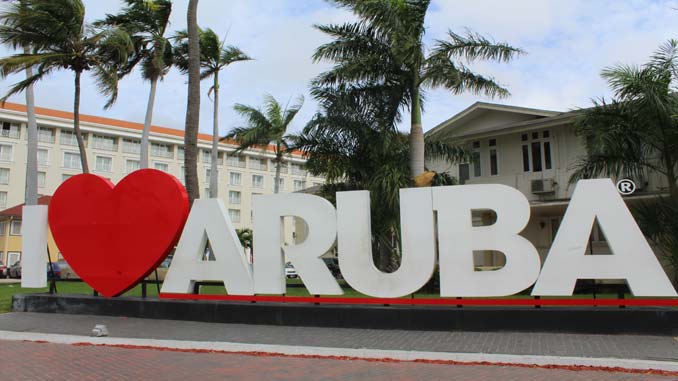 We’re already a week later in the year 2017. The days are passing quick. As fast as the days are flying there is a lot of news about Aruba you should know about.

So let’s start with some relevant…

I decided to do a weekly round-up of the most relevant news about Aruba for you.

Why am I doing this?

Because I noticed that news about Aruba is hard to find online – especially in English.

So here’s the weekly round-up for the first week of January 2017.

The Start of Aruba Carnival 2017

January is the month carnival season starts in Aruba.

This year is the 63rd carnival edition.

The carnival season was kicked off with a carnival party inside emotions nightclub. Then on the 7th of January there was the famous torch parade.

This year promises to be a great year for carnival because of the bigger groups of people joining the parades.

The carnival season ends in the last week of February.

The End of Plastic Bags

Since the 1st January 2017 it’s prohibited for supermarkets and other retail stores to give away plastic bags.

Supermarkets like Superfood and Ling & Sons were well prepared for the plastic bag ban. They made sure to have re-usable bags available and for sale for their customers. The smaller supermarkets around the island (which are primary Chinese supermarkets) also are contributing to the new change.

However, there are a few smaller Chinese supermarkets that are still giving out plastic bags. If they get caught by the Government or city inspector they can be fined 10.000 Aruban Guilders (which is about $5715).

The law to ban plastic bags has been created and accepted about 6 months ago (30 June 2016). However, the Government gave the community until the new year to adjust to the new rules.

The transition from plastic bags to re-usable bags is a process that has to be given time for everyone to get used to. Sometimes I go to a supermarket to do some grocery shopping and forget they don’t give out plastic bags. So I’m obligated to buy a re-usable bag. I just have to remember each time to bring it again.

So what should you do if you’re going grocery shopping?

It’s a great idea to ban plastic bags, because they damage our environment and nature. I’m not sure what is going to happen with the teenagers who work at the supermarkets like Superfood that fill your groceries and bring it to your car for a tip.

I guess they lost their jobs.

Jet Blue started flying to Aruba since 2006 out of Boston. Today after almost 10 years Jet Blue is a strategic partner in growing Aruba’s tourism.

The partnership with Jet Blue and Aruba is a strategic one. With 2 objectives. One being able to connect with the tourism market in Florida. And the second is connecting Aruba in the western market of the United States (states like San Francisco, Los Angeles, but also other important nearby destinations like Hartford, Connecticut and Washington DC).

Jet Blue will be using an airbus A320 for flights between Fort Lauderdale and Aruba.

This might be a reason to visit Aruba more often now.

Aruba Has a New Governor

This week there was meeting in Aruba’s parliament to welcome to new governor for Aruba.

Representatives of the parliament of Aruba were invited to witness the new introduction.

The new Governor of Aruba is Sr. Alfonso Boekhoudt.

I wish the new Governor of Aruba all the best and success.

The Aura Casino Still Having Issues

The new owners (Barcelo Aruba) of the Aura casino (which was previously owned by Occidental Grand Aruba) had a meeting with the ex-workers of the casino to talk about getting their job back.

The whole issue is the owners only want to pay 2 to 4 months of salary for the whole year that the ex-workers were jobless. Some employees took the payment, but others are didn’t accept it. Now the ex-workers are taking the whole situation to the court to be resolved.

According to the lawyer of the ex-workers, Barcelo Aruba is obliged to take every one of the employees back. In addition they have to keep paying their salaries and benefits.

However, the new owners don’t want to pay out the full years salary. They said why should we pay them if they even haven’t worked for them yet. Barcelo Aruba also doesn’t want to take back all the employees.

It’s still not sure if all the employees will get their jobs back.

The case is still in ongoing in the court and not yet settled.

Disposing of Garbage is a Problem

To many people the new year means a fresh start. However, not every one feels the same. Especially the inhabitants from the city of Simon Antonio (which is located in the back of the airport).

They are unhappy because the dump in the area is disturbing. The dump is causing a lot of smoke that is produced by burning of organic waste, construction residue, chemicals and hospital waste.

They are waiting for the government to come up with a solution for the dump since the month of November in 2016.

People who live in Simon Antonio say the problem is that there is no space available to dispose of trash on the dump anymore.

The Government is burning the existing trash to make space available for more trash. However, this is not a great solution. Because the smoke and gas is bad for the health for those who live nearby.

I hope it doesn’t take long to fix this problem.

It has been raining a lot these past couple of months in Aruba.

The amount of rain and sun quickly deteriorates the asphalt. First small holes appear on the driveways, but after a lot of people keep driving on the holes they always get bigger.

DOW (Dienst Openbare Werken) the company that is in charge of our infrastructure takes a bit too long to fix these roads in my opinion.

Some locals are tired of the situation and decided to let out their frustration on Facebook.

So after this rant on Facebook, some roads that are known to have holes got patched up by DOW.

However, the situation is still bad.  I wonder if the roads we have is just part of the ecosystem we live in on the island. The roads just can’t handle the amount of rain in the rainy season and the amount of sun when it’s dry.

DOW and Government have to give an explanation about the situation and how they are going to fix our infrastructure.

Wharf Side Markets Are Not Making Money

Many owners of Kiosks near the wharf side said that 2016 hasn’t been a good year for them.

They say that tourist that stroll along the kiosk strip aren’t buying as they are used to.

Many of these tourist are cruise ship passengers who spend less than people who come in with flights and stay at hotels.

Owner of a kiosk since 1939, Mr.Saladin, said the quality of cruise ship tourist back in the days were Latin Americans and that they would spend more. However, because of the current Government situation in Venezuela the sales have dropped according to Mr.Saladin.

He also says that Americans and Canadians do buy souvenirs, however not as much as back then.

Kiosk owners say that back then there were not a lot of places to buy souvenirs. But since 2015 there has been a lot of new kiosk that opened and are taking a share of the pie leaving a smaller cut for everyone else.

The new kiosk they are talking about are situated next to the side of the central bus station and in front of the gas station.

Back then they only used to sell fruits and vegetables at the wharf side markets. But as the downtown started to grow some kiosk owners starting selling souvenirs.

According to commerce owners in the downtown the kiosk next to the Central bus station are illegal. They say these illegal kiosk owners don’t pay their taxes or even rent. The reason why? Because they we’re given the kiosk to vote for certain politicians.

The’re isn’t even a control on prices according to a kiosk owner. Because one side of the wharf side kiosk may sell a souvenir for $15 and the other side may sell the same thing for $7.

When is all of this going to stop?

In my opinion if you are looking to buy a souvenirs support the local people who have the best price and pay their taxes to make an honest living.

Downtown Area is Getting Safer

Since the beginning of the new year their has been a increase of amount of police who patrol the downtown area. This is done by the Government and Aruba Tourism Authority to keep the protect tourist and locals from any one who is having any bad intentions.

If you walk in the downtown area you will see a lot of police walking or on bike.

Tourism is until now one of Aruba’s only pillars – so your safety is very important.

Did you enjoy reading this weeks news about Aruba?

Then Sign up for the Vacations By Aruba newsletter.

You will get email notifications filled with the latest news about Aruba, travel tips, deals and promotions.

If you sign up today I will send you my “Aruba on a Budget eBook”completely free by email. It’s filled with the tips to save money during your vacations on Aruba.

Recent Aruba News You Must Read & Know About