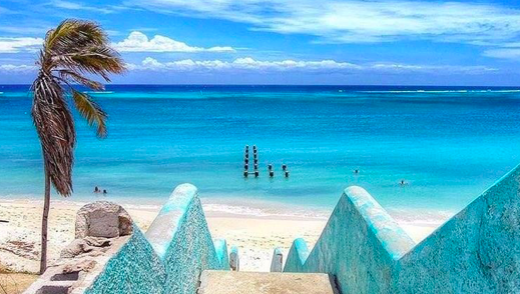 The renovation project is part of the masterplan to revamp the entire Baby beach area.

A pier that extends over the water at Rodger’s will also be restored to its original glory.

Here’s a view of the staircase right now, before renovation works start…. 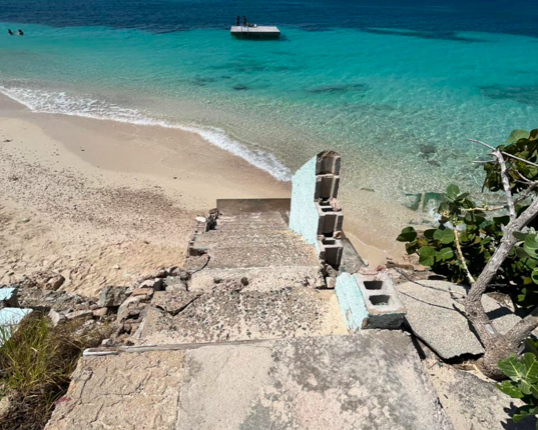 Stairway to Rodger’s Beach at the moment – renovations on the way!

Major effort is being gathered to renovate the beach area’s in San Nicolas.

At the end of the revamping project, the infrastructure at Baby & Rodger’s beach will be completely renovated.

Everyone knows that a new exclusive hotel is being constructed in San Nicolas (Baby Beach) – Secrets Resorts.

Constructions works have slowed down because of the pandemic, but developments are still taking place at the moment, but at a slower pace.

San Nicolas Has The Potential To Become Aruba’s Tourism Capital

According to the Tourism Minister, the renovation at Rodger’s beach is the start of a bright future for the district of San Nicolas.

He also said that San Nicolas has the potential to become the tourism capital of Aruba, after the renovations are completed.

Construction of the staircase at Rodger’s beach will start within one month, and it should be ready at the end of 2021.

A member of the Parliament proposed a new motion to create new infrastructures for people with physical disabilities to access the beach in Aruba.

The newly proposed motion will be discussed during upcoming Government meetings.

Construction will start as soon as the motion is approved by members of the Government.

New infrastructure for beach access for people with a disability include: Baby Beach, Rodger’s Beach, and the beach close to Divi Phoenix resort (Strand-politie).

Improving the beach access will have a positive impact on the physical and mental health of those with a disability.

Check out our car rental offers in Aruba. 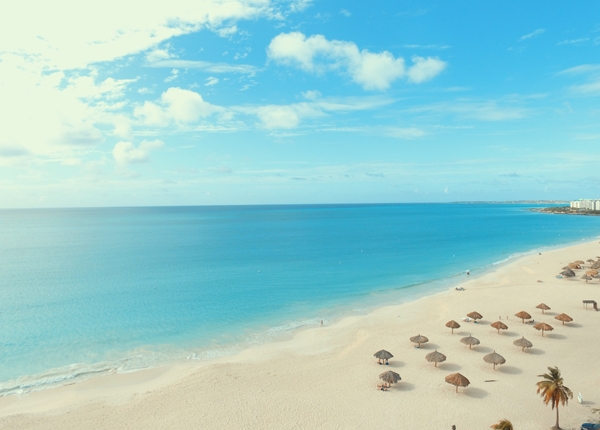 The Government in Aruba is preparing to take another step in the direction to returning back to normal life before the pandemic by organizing a test event.

The test event is a couples dance party, better known as Bailable party on the island.

Only 250 couples will be allowed to enter the party.

If you want to join the party you need to be vaccinated, or present a negative test result taken 72 hours before the party.

It’s been over 1 ½ years since the last dance party was organized when the pandemic started.

According to the Health Minister, the decision to organize a “test event” is approved, because of the progress of Aruba’s recuperation from the pandemic.

The island has maintained a low infection rate during almost 3 consecutive months.

If there’s no detectable spread of virus after the test event, the party will be considered a success.

The Government could start to allow party promoters to organize events in a controlled manner that follows all Government’s health regulations to prevent new infections.

Aruba’s test event is modeled after similar successful test events in The Netherlands.

Reopening the islands entertainment economy is important, but remains a complex and difficult task.

It has the one of the most innovative technologies in the wine preservation industry – it prevents the oxidation of wine – and pours wine without removing the cork, making your wine taste like it was never opened before, every time a glass is poured. 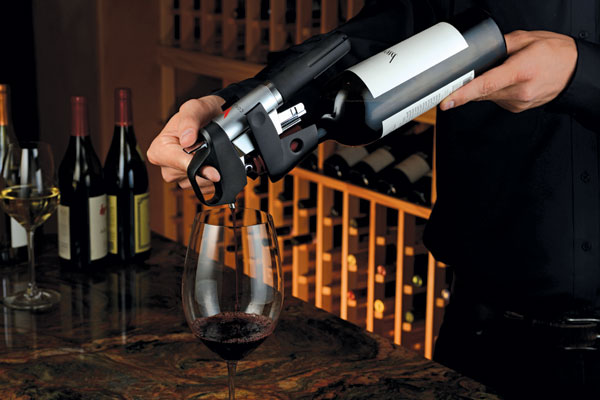 L.G’s has a highly sought after wine list by wine connoisseurs, which includes Chateau Montelena and the popular Whispering Angel.

The steak & chop house is known for their USDA-inspected aged prime steaks and has held the title as the number one steakhouse in Aruba on trip advisor for years.

The local craft and art gallery store in Aruba, better known as Cosecha is closing its doors.

Cosecha has been affected by the pandemic as much of the rest of the arts sector around the world.

The art gallery opened its doors in 2015 in Oranjestad, then followed by launching one gallery in San Nicolas, and another near the entrance of the islands cruise port.

Cosecha not only sold art and crafts, but also provided arts workshops.

Since Cosecha’s grand opening until today, they have provided workshops for over 4000+ visitors and locals.

The Government in Aruba is investing into renovating the current infrastructure on the island.

One of the newest developments in Aruba is going to be the transformation of the old department of custom’s building in Oranjestad into a new residence.

More details about the residence project will be announced at a later date by the Government.

Sarah Quita is one of Aruba’s professional athletes and Che’s preparing for a international competition in Brazil.

She has competed in the PWA World Tour competitions and has numerous championship titles under her belt.

Her skills are so good, that she was nominated by the International Sailing Federation for world sailor of the year awards.

Sarah is currently in Brazil preparing for a windsurfing competition, follow her as she gets ready to claim gold!