Once a week (on Sundays) I make a recap of the latest news from Aruba.

This newsletter is for you if you want to keep up with what’s happening on the island.

The newsletter gets published every Sunday and it’s free (thanks to my readers who give a small donation to cover all website costs (maintenance, hosting etc.)

The US TSA implemented a revised security measures for all passengers travelling from all destinations to the united states.

Aruba’s airport also has to comply with the new requirements that have been in effect since July 19, 2017.

The revised security measure is an introduction of a new prohibited items (exemption list) – which means you will be subject to additional screening of personal electronic devices after checking in.

You might experience a longer boarding time than usual when travelling to the US from Aruba due to the new security measures.

To avoid any delays, the US TSA advises you to check in 3 hours prior to departure.

There was a fire in one of the main towers at Aruba beach club this week.

All guests and employees that were near the tower that caught fire had to be evacuated.

The fire department in the district of tanki flip was immediately notified and had complete dominion over the fire shortly after their arrival.

Fortunately no one was hurt, only material damage.

According to firemen the fire was caused by a short circuit in the tower house.

Aruba’s water treatment plant (WEB) signed an MOU with CITGO to subminister water and electricity to the refinery once the first half of the refinery starts up.

The pilot plant is going to be constructed on the property of the refinery.

There have been many rumors in the newspaper this week that the rehabilitation of the refinery is halted, but of course it’s not true.

The rehabilitation of the refinery is in full swing!

If you’ve been to Aruba recently you may have noticed that most area’s are under construction – and you’ve been confronted with many detours while driving on the island.

The reason for all of this is because one of the biggest infrastructure project in 30 years is taking place at the moment.

The infrastructure project is called watty vos boulevard and it consist of….

Watty vas boulevard is going to be a ring road that connects all districts in Aruba together, making all districts on the island accessible from one main road.

The beltway is going to ease the congestion on L.G. Smith Boulevard (from surfside beach until the central bus station).

Click here to ask me for a car rental quote, I’ll answer within a few hours.

T-intersection on Sasaki Closed During July

The director of Aruba’s public works company (DOW) recently announced that the t-intersection on sasaki weg will be closed due to construction of a new roundabout.

Traffic in the area will be deviated at this t-intersection (near the hospital – punta brabo and L.G. Smith Boulevard).

All works should begin in August and should be finished within a month. 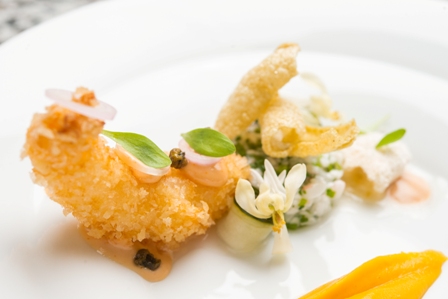 TripAdvisor awarded two of Aruba’s restaurants (White Modern Cuisine & The Kitchen Table By White) with a certificate of excellence.

These two restaurants are among the best in Aruba.

The kitchen table by white only has 16 seats in their culinary studio – if you want to try their 7 course feast, you better make reservations as soon as possible.

Are you vegetarian? No problem they have a 7 course vegetarian dish menu.

They are situated in blue residences.

White modern cuisine is known for being innovative and creative with their dishes – introducing a new kind of dining experience with their perfect mixture between food, cocktails and wines.

They are located in the gold coast clubhouse.

The staff at RIU hotel have a double celebration this month – RIU celebrates their 10th year anniversary and has been awarded for their social, economic and environmental impact in Aruba.

RIU established their resort in 2007 on the island, and have been providing exceptional service to all of their guests until this date.

The general manager of RIU credits the staff for their success during these 10 years.

Beside celebrating their 10th year anniversary, the RIU staff are also enjoying the award they won from travel life (a web based certification sustainability performance system).

Travel life is dedicated to making vacations more sustainable – working with different tourism based business all over the world to help them improve their social economic and environmental impacts.

Did you know that lime trees are grown on RIU’s property, and they use these limes in the bar and restaurants?

When visiting Aruba, one always looks for new places to visit.

If you know what I’m talking about, there’s 3 new places you should visit in renaissance marketplace.

The new places you should visit are aged wine bar, le garage bistro and starbucks (which has been expanded).

Le garage bistro is a French restaurant and is situated were cilo used to be.

Try their most popular dishes, duck a l’orange, bouillabaisse soup and escargot.

Never tried a craft beer before?

Starbucks established itself in renaissance marketplace for a while now,

Starbucks expanded the building, making it more spacious for their clients.

If you like starbucks, try their new nitro cold brew drink.

Aruba’s tourism board invited over a 100 people that are going to be staying in Aruba during the month of August to renew their vows on eagle beach.

The intention is to create one of the biggest vow renewal ceremony in the Caribbean.

All couples will be saying I do again on August 8, 2017 on eagle beach.

Baseball Team Gets New Uniform By The Government 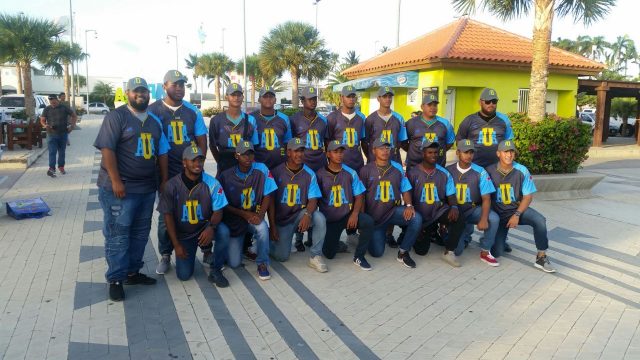 They got the new uniforms because they are going to participate in the first youth baseball classic in Curacao this month (July, 2017).

This is a great opportunity for these young players to get noticed by scouts and get selected for a scholarship to play in the major league.

Xander Bogaerts is an inspiration to many local baseball player, who also aspire to be a professional ballplayer one day in America.

Good luck to our national team during the competition in Curacao.

The Aruba karate team won 9 medals during the Caribbean karate championship in Suriname.

In total they managed to win 5 bronze medals, 3 silver medals and a gold one.

It may have gone unnoticed by many, but Aruba’s karate is among the best in the Caribbean. It’s one of the sports that is developing very fast in Aruba.

The Aruba karate federation wants to join the Tokyo Olympic games in 2020.

News About Aruba - What Happened in The First Week of 2017