Once a week, on Sundays I write about the most relevant and interesting happenings on the island in my weekly newsletter filled with current Aruba news updates.

The government announced an increase in taxes this week.

During a press conference, the prime minister of Aruba, announced that taxes will increase 2,5% as of July, 2018. Currently taxes are set at 3,5%, which will change to 6% in a few months.

According to the prime minister, the taxes are temporary and necessary at the moment in order to pay for the “private public partnership” infrastructure contracts like (Green Corridor and Watty vos Boulevard) and the cost of health care.

The prime minister said that 1,5% is destined to pay for the “PPP” projects and an estimated 1% to will go towards the increase of health care on the island.

Besides raising the taxes, the government will start the process collecting tax payments owed by companies. And also decrease expenses in the government by cutting back on personnel, travel expenses and other unnecessary operations.

More information about the increase in taxes will be reported by the prime minister in upcoming press conferences.

12 Weeks To Construct Roundabout At Superfood

The department of public works gave the members of Aruba Hotel and Tourism Association (AHATA) an update about the construction of the new roundabout near the intersection at superfood.

During the press conference,  the contractors of the infrastructure project, Mota-Engil announced that the roundabout will take up to 12 weeks to complete.

The government contracted Mota-Engil to design and construction of a new arterial road 2×2, including overpasses and roundabouts around Oranjestad between intersection Sabana Blanco and intersection Punta Brabo.

According to the director of public works, safety for the tourist who are known to walk to superfood to do grocery shopping is of high priority. Proper zones for pedestrian crossing will be added to accommodate those who walk to superfood and Eagle Beach.

Take note when driving for road closings and deviations near the roundabout at sasaki, near Amsterdam Manor and at the intersection at McDonalds near South Beach.

Rent a Car or Minivan in Aruba Now!

The director of Aruba Ports Authority announced the renaming of the harbour area during a press conference this week.

It’s now officially called “Port City” and the area is going to developed. However more information about the project will be released at a later date, according to the director of APA.

In the meanwhile works are being done to move the container port to Barcadera.

Next to a new fast ferry system between the ABC islands (Aruba, Bonaire & Curacao), there’s a possibility of a cruise port in the southeast part of the island

According to Aruba Ports Authority, a new cruise port in San Nicolas will alleviate the traffic congestion in the downtown area when multiple ships are docked.

More information will be announced by the transport minister in upcoming press conference.

The Guadirikiri cave located in the Arikok National Park received a new gate at the entrance to protect the bats and old indian paintings inside.

The guadirikiri cave will be guarded by park rangers, who will allow entrance from 8:00 AM to 4:00 PM – outside these hours entrance to the cave is prohibited.

If you plan to visit the guadirikiri caves to see bats and paintings, help arikok conserve the cave and protect the bats by…

Get To Know The Oldest District Of Aruba

The managing director of Arutram, signed a memorandum of understanding with the president of stichting rancho.

Stichting Rancho is an organization that documents the history of one of the oldest district of Aruba – Rancho. A district known to be frequented by fishermen since 1910, and had houses made of clay and has many stories by older natives.

The intention of the MoU is to share the history of the Rancho directly with the Arutram trolley drivers, so they can also properly inform visitors as well as locals during tours.

Aruba has a lot of history and culture.

Hop on the electric trolley in the downtown area and make your way through one of the oldest districts of Aruba as you learn more about its history.

Where To Find The Best Mojitos in Aruba

The regional brand ambassadors from Bacardi awarded 9 establishments in Aruba with the best mojito certificate.

Ambassadors from Bacardi personally trained the participants in the art of making the “perfect mojito” with Bacardi’s original recipe.

So where can you find the best mojitos on the island as of now?

I have to try each one of them to decide who really has the best mojito on the island. 🙂

Aruba’s National Brewery has a special promotion for their recently rebranded “Chill” beer.

When you buy 4 chill beers, you get two free!

This makes for a perfect ice cold bucket of beers under a palm tree at the beach. 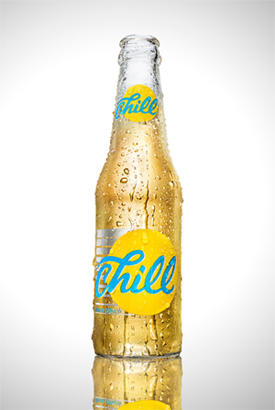 Promoters of Flip Flop recently confirmed the artists that will be performing at the upcoming event.

It all starts with a traditional opening party at emotions nightclub on April 28, 2018. Following with a pool party on April 29 at Renaissance Hotel. And the big concert is going to be on April 30 at Bushiri Beach.

Tickets are available at all CITGO gas stations around the island.

Tripadvisor ranked Aruba again as a top 10 destinations to visit in the Caribbean.

Aruba was ranked number 4 on the list, just after Jamaica, Puerto Rico and Punta Cana. Other islands that also made the list are Barbados, Cayman Islands, St. Lucia, St.Martin, Turks & Caicos and Guadeloupe.

If you’ve never visited Aruba before, you should and find out why it’s constantly ranked top 5 destination in the Caribbean.

Flights will depart every Saturday.

More information will be published soon by the airline company.

Two brothers from Aruba, better known as the “Lacle Brothers” successfully completed a journey from Netherland to Thailand on their bicycle.

They started on April 3, 2017. And after 357 days and 20 countries they arrived at their destination.

Not only did they achieved their goal, they got to experience different cultures, and meet new people. They also made the Aruban flag popular all over the world!

He’s the first native of Aruba to sign a deal with the organization.

Andrew Jones, born in Curacao was the only player to play for the White Sox.

Xander Bogaerts, who plays for Boston Red Sox is the only current major league baseball representative from Aruba.

Casa Nonna means “grandmother’s house” in Italian. And the food is as welcoming and home-like as the name suggests.

They offer traditional Roman and Tuscan dishes made with fresh ingredients.

If you’re looking for new Italian dining options, Casa Nonna is worth a visit – dinner from 6:00 PM until 10:00 PM.

Newspaper in Aruba - Everything You Need To Know About Recent Happenings

Breaking Recent News Out of Aruba in English
0 replies