One of Aruba’s landmarks, a stone tower, better known as California Lighthouse Aruba, has been completely refurbished.

The watchman for ships is standing tall and proud!

The restoration of the California Lighthouse started in 2015 and took one year to complete. The initial idea to restore it was, because of the 100th year anniversary since it was first constructed.

The renovation of the California Lighthouse was realized by Monumentenbureau,National Restauratiefonds Netherlands and Aruba Bank.

The California Lighthouse Aruba is now considered a preserved monument. 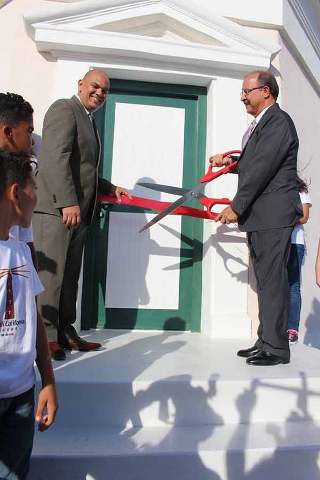 The California lighthouse Aruba has been closed for decades.

When the doors were closed, you could only wonder as to what inside looked like. And how the view would be from the top…

But those days, are long gone. Because on 26th of August 2016 the lighthouse has been officially opened!

The California Lighthouse doors has been re-opened for the first time by the Minister of Tourism and Aruba’s Governor. 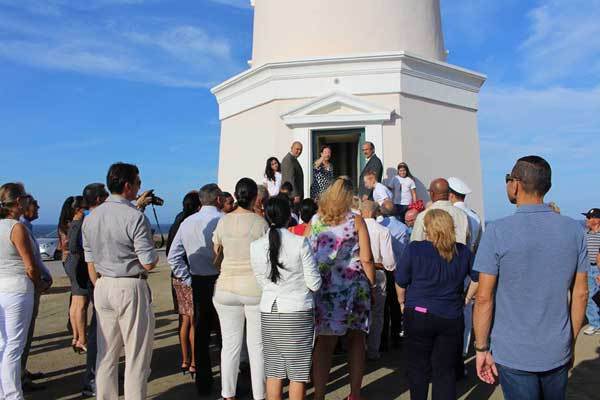 The press (and other special guests) were there to witness the grand opening.

The lighthouse is now open for tours (tickets cost 8$.)

The money goes towards maintaining the lighthouse in tip top condition.

The tour includes a historical description of the California Lighthouse. And the best part of all, a climb up the stairs to the highest lookout point of the lighthouse!

You’ll have 360 degree views of Aruba’s north coastline and surroundings.

If you’re interested you can book a VIP tour for private viewing.

I experienced the lighthouse before and after its restoration. It’s worth it to see what’s new!

Are you going to make your first inaugural climb at the California Lighthouse?

Did you like what you’ve read? Join the Vacations By Aruba newsletter to stay update about Aruba. I share the best tips and news with my subscribers only via email.

9 Fun Things To Do At Surfside Beach Aruba