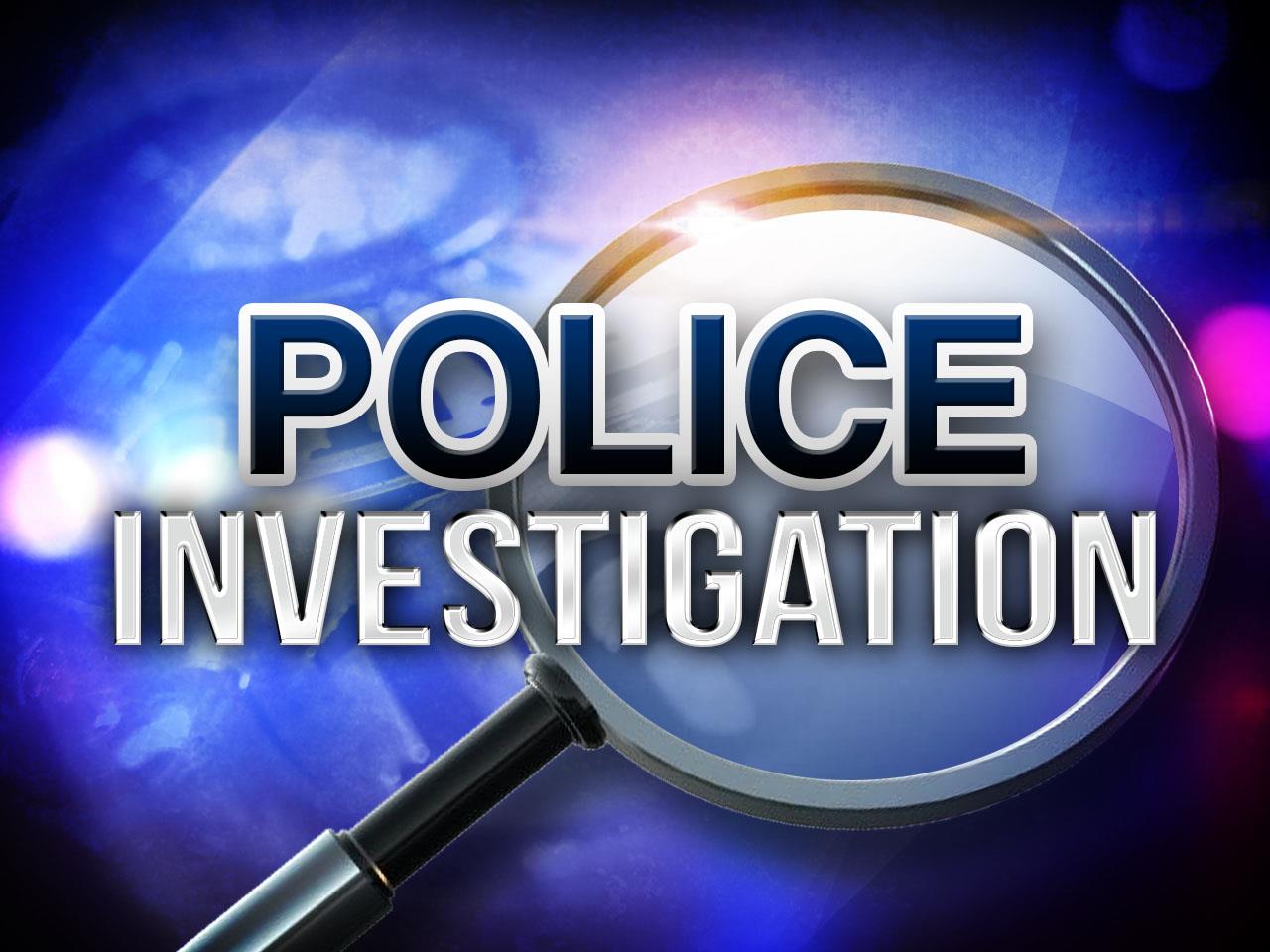 Once a week (on Sundays) I do a recap of the most breaking Aruba news.

Staying up to date with what’s happening on the island means you need to read the local news. But that’s hard to do if you don’t understand what’s written in the newspaper.

The reason I started this Aruba news bulletin is to keep you up to date with what’s happening on the island, because I know how much it means to you to stay connected with your home away from home.

Where do I get the information for breaking news in Aruba?

I watch the news nearly every day on tv, read local newspapers (online and some in print) and occasionally listen to a radio station locals call to discuss what’s happening in Aruba.

I pick the most relevant news out of Aruba that you can relate to.

A murder suspect, wanted by the police in Toronto, has been caught by the local police – after a car chase that ended with the suspects SUV upside down in a ditch.

A local newspaper in Canada (Toronto Sun) confirmed the suspected killer is Michael “Teddy” Gibson after seeing his picture online.

There were also 4 other people arrested (2 women and 2 men). 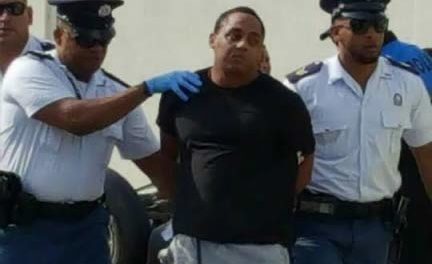 Michael Gibson is in custody of Aruban police.

He remains in custody in Aruba, because he may be possibly tied to a murder of a Canadian visitor in the district of Jaburibari.

The local police haven’t released any information yet regarding both the arrest and murder case in Jaburibari.

Canada has an extradition treaty with Aruba, but he can’t be transferred yet, because he’s a prime suspect now on the island for the murder in Jaburibari.

Thumbs up to Aruba’s police.

The police were very attent, noticing the suspects car driving irresponsibly, run a red sign and ignored stop signs from the authority.

The police was called to attend a robbery case in the district of Noord.

They were informed that a security guard near the Ritz Carlton saw a man rob a tourist and was trying to get away on his bike. But luckily, the security managed to catch him.

When the police got there, they found the man sitting on the floor and just had to put him in the dog catcher (police car in Aruba). 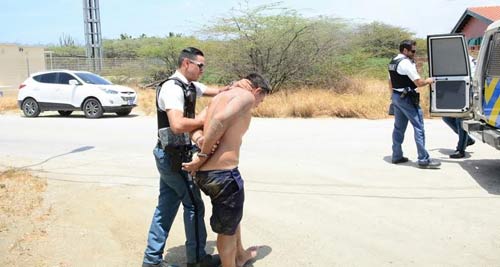 Thumbs up to the security.

The minister of justice (Arthur Dowers) is expanding his police car fleet with more vehicles.

A couple of months ago they received 2 Toyota RAV 4’s, but this time they’re adding 3 new 4×4 Hilux pick-ups.

The new pick-ups were funded by the Aruba Hospitality & Security Foundation. 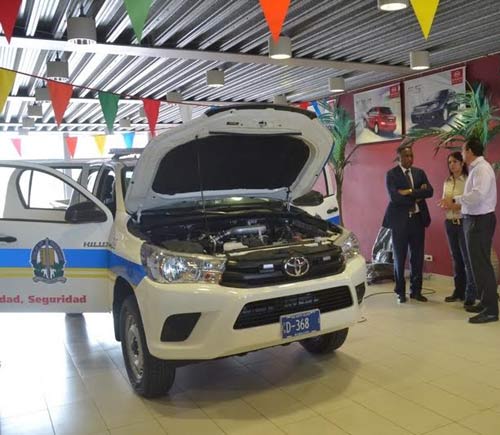 The prime minister announced that the wheel clamps are no longer going to be used, after a group of downtown area business owners manifested in Aruba’s parliament. 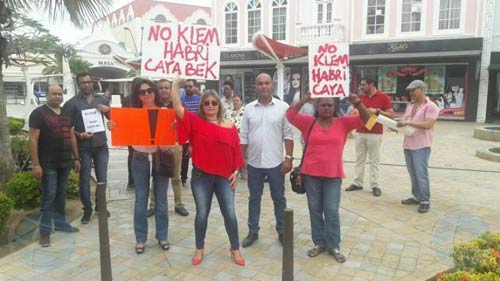 The government is working on new sanctions for offenders. One of the way the prime minister explained they can do this is by sending a fine home.

Before paid parking, drivers used to park their cars irresponsibly in the downtown area – bringing other people in danger.

In an effort to regulate and maintain order in parking, the government introduced paid parking.

However, the business owners in the downtown area said they suffered greatly for it.

More than 50 shops had to close during this period.

It’s clear that the paid parking had an effect on business in the downtown area, but it’s not the only reason why the main street is doing bad – business wise.

There are many other factors contributing to the situation of the downtown area, like…

Paid parking definitely stopped people from visiting the downtown area, because they simply don’t want to pay for parking.

A better solution is to eliminate the paid parking and only fine drivers who park irresponsible (on the side road, on a corner and etc). Or tow their car.

The situation at Aruparking is not clear, and employees are afraid that they will lose their job.

If Aruparking gets into financial trouble, the government will step in, because they own it.

I will keep you updated on the parking meter situation in Aruba as it unfolds.

The new policy states that they have to have a permit to be able to place lounge chairs and palapas on the beach.

Hotels disagree with the rate calculation for the permits, which is about $310.00 for one beach chair – a year. According to the hotels, rates for permits should be lower.

The government issued a deadline for permit payments, which was May 1, 2017 – however, no information has been released since then yet.

The beaches in Aruba is public, why not offer palapa on a first come first serve basis?

If hotels don’t want to be charged, they shouldn’t charge visitors either.

The local authorities (ambulance and police) were notified of an accident with a quad racer at Natural Pool.

A couple got into an accident with a quad racer on the way to the natural pool. They lost control when making a turn and hit against a pole.

According to members of the ambulance, the couple didn’t want, and even denied medical assistance. 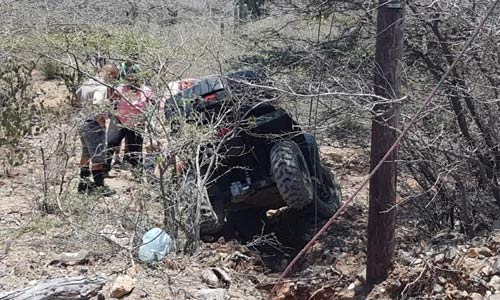 Accidents can be right around the corner, be careful when operating any kind of motorized vehicle while on the island. The last thing you want in paradise is to get in an accident.

Click here to rent your car in Aruba with me.

Archaeologist discover funeral attributes in a cave near Sero Colorado.

They found 3 graves with skeletons next to each other (two adults and one child).

These finds will be further inspected, and end up in Aruba’s museum for display one day. 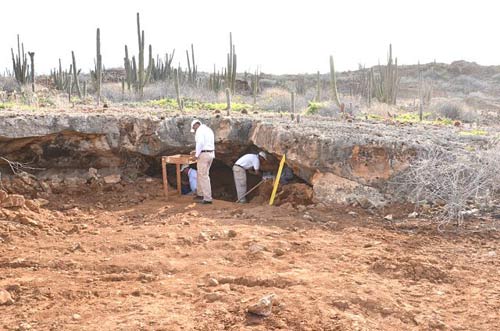 Archaeologist by the caves in Sero Colorado.

Every Sunday I post a weekly recap of breaking Aruba news. Other news outlets charge you a fee for reading their online newspaper – I do it for free!

If you want to thank me with a cold beer or want to help with the website costs, please make a donation of your choice.

Use the PayPal button below to donate any amount of your choice.

Recent News in Aruba - All About The Recent Developments in Paradise

Breaking News Aruba - Zika Outbreak, Should You Worry About Being Infected?
9 replies