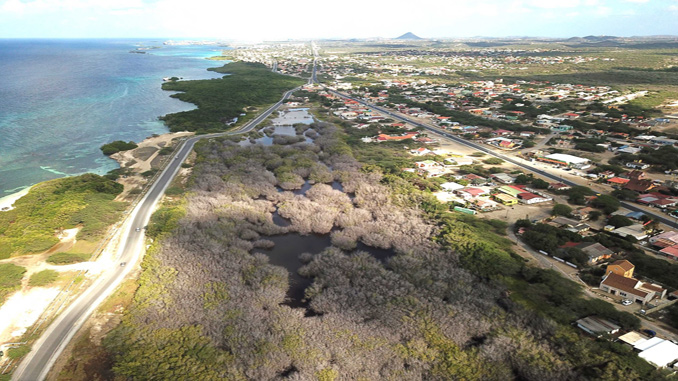 Once a week, on Sundays I publish Aruba news headlines recaps. If this is your first time reading my newsletter – welcome!

A lot developments happened around the island, since I published news of Aruba last week. This made for some pretty interesting news headlines on the island.

Here’s what been happening on the island recently.

Stop The Destruction of Mangroves

Times are different now a days, nature is being destructed around the world by companies and organizations. Aruba also has it’s share of destruction of nature, which is one of our most prized possessions.

A large area of mangroves near the district of Savaneta, Santo Largo is slowly fading away.

The president of Aruba Birdlife Conservation posted a aerial picture of the lagoon near Santo Largo on Facebook showing the current situation of the mangroves.

A view of the mangroves near Santo Largo.

Many people commented on the post, sharing their ideas on solutions to stop the decay of Mangroves at Santo Largo.

It’s clear that the water supply and circulation to the mangrove area has been compromised. During the construction of the road between the mangroves and the beach, the contractors damaged a inlet and outlet pipe and never fixed it.

According to ABC, an investigation is needed by NGO’s to conclude if a chemical can also be the cause for damaging of mangroves.

The president ended his post asking who is going to be held responsible for the destruction of mangroves at Santo Largo.

From now on pet owners who are known to abuse their dogs have to think twice before they neglect their pet.

Plataforma di Cacho, which is a foundation against animal abuse announced that they will now officially fine owners for animal abuse.

During an interview the president of Plataforma di Cacho, which is also a member of the Korps Police Aruba, announced that a new law was implemented that reinforces local authorities to fine owners for animal abuse.

Besides this new announcement, the foundation is also working on other projects such as owning their own property to treat the stray animals. From treating, sterilizing and finding them new homeowners.


The Future of Aruba’s Marine Life

The department of environment and nature introduced a new fishing law 3 weeks ago, however the government didn’t approve it yet and the local fisherman are in uproar since the announcement.

The new law is a list of fishes which are prohibited to be caught by local fishermen according to the department of environment.

A similar list has been created back in 1980 consisting of over a hundred fishes. The list will be updated with fish species such as lobster, parrot fishes, hammerhead sharks, grouper, buni and blue tuna fish.

Here’s a visual of some of the fishes that are being added to the list…. 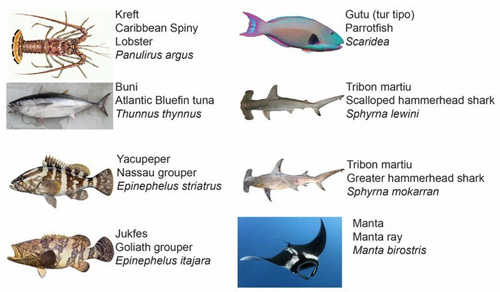 Here’s a preview of the list of protected fishes.

The fishermen are at unrest because they will lose a big chunk of their income, and they are worried that the new law will affect Aruba’s economy.

This could mean that there’s a slight chance that your next lobster in Aruba could be imported if the government approves of this new law.

The department of environment wants to comply with these regulations, but still need to find a common ground with the local fishermen.

Here’s an Aruba fish identification guide if you’re interested in learning more about the fishes present in our reefs.

A Possible Coalition For a Government

It’s been almost a month since locals voted for a coalition government during the recent election in September, 2017.

Since then the Governor had a great amount of influence in forming the next government. He assigned a well known lawyer as the informador with the task of researching possible coalitions by investigating the vision and priorities of the political parties that got enough votes to be in the parliament

The governor made another important decision this week by choosing a formador, who has the task of forming a government conform the arrangements between the governor.

Aruba’s new formador is the leader of the traditional party on the island.

It seems like a coalition will be formed between 3 parties, with MEP being the one with the most amount of votes.

The minister of economic affairs recently announced an increase in prices for combustibles  on October 11, 2017.

It has become a trend by locals who own a boat and don’t mind making the trip to Venezuela, to buy cheap fuel and sell it.

However, the government created and implemented a new law on October 6. 2017 which bans the importation of gasoline without a permit.

Since then it’s prohibited to import gasoline from Venezuela, except for bulk order and with a permit.

Not only is the transport of gasoline from Venezuela illegal, but it’s not fair to the competition. The transportation of fuel is also dangerous, especially without following the protocols of the local authorities like the fire department.

In Venezuela the gasoline is cheap compared to the prices around the world – a dollar fills up your gas tank full.

Update About Zika in Aruba

About 2 years ago there was a worldwide zika outbreak in the Caribbean region. This was enough reason for all the international health foundations like the Center for Disease Control and Prevention to warn travelers to rethink traveling to paradise.

According to the Caribbean Public Health Agency the amount of zika cases around the world has significantly dropped. And the local health organizations in Aruba also released information about the recent zika cases in Aruba. They announced that the amount of reports on zika are less compared to the beginning of this year, because they continually fumigated around the island every month.

However, they do advise to protect oneself from mosquito bites, by using repellents, wearing long sleeve clothing and sleep under mosquito nets.

This article explains why you shouldn’t be worried about zika in Aruba.

Aruba Hotel and Tourism Association is preparing for their annual beach clean up on November 4, 2017.

This time they will execute the event in a different way,  by cleaning within the districts of Aruba as well as the beaches.

They already have a bunch of volunteers as usual, including 12 schools.If you’re on the island and want to join the beach clean up organized by AHATA, you can register by calling +2975822607 or send an email to vanessa@ahata.com.

AHATA will supply cleaning supplies including latex gloves, garbage bags and refreshments. Check out these 15 must have items for the beach in Aruba if you love gadgets.


Donate To Vacations By Aruba

If you enjoy reading out newsletters each week, please make a donation to help keep the site up and running.  Your donation will go towards monthly maintenance fees of this website. You can easily donate any amount you would like to donate by clicking one of these buttons below.

Do you want more related articles about Aruba like this? If so, sign up for our weekly newsletter to get your newsletter delivered straight to your inbox every week for free. By signing up today, I will email you my “Aruba on a Budget”eBook filled with money saving tips for your vacations in Aruba. Sign up now by typing in your email in the opt in form below.