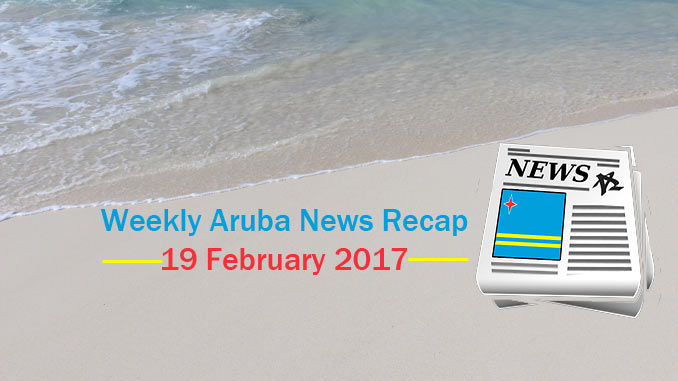 It’s hard to find any kind of Aruba breaking news in English online.

That’s why I decided to do a weekly round up of Aruba breaking news.

You can get the latest Aruba breaking news by email when you subscribe to my newsletter.

Type your email in the signup form below…

If you sign up today I’ll email you my “Aruba on a Budget” (filled with Aruba money saving tips) as a free gift!

This week we start the Aruba breaking news with a wonderful casino opening at Barcelo Aruba.

Their new casino was revealed for the first time.

The new name of the casino is – LIV.

They celebrated by inviting guests only that were staying at Barcelo Aruba. 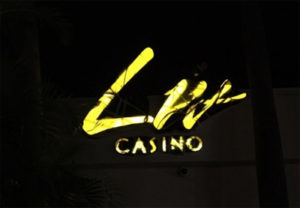 It wasn’t too long ago that the Occidental Grand closed its doors (including its casino – named Aura).

After a battle with the ex employees from the Aura casino – the new owners of the hotel and from the casino (Island Gaming) decided to take 26 of the 46 employees back into service.

The rest of the employees decided to take 4 months pay and left.

Despite all the drama in the court between Barcelo Aruba and the ex employees, they ended up with a beautiful casino.

If so, are you looking forward to try your luck at LIV? 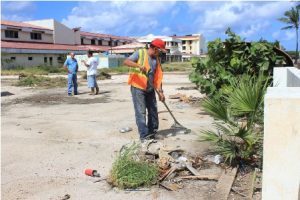 Serlimar cleaning up the place at Bushiri

A local waste collection company (Serlimar) is in charge of cleaning the area around Bushiri hotel.

They acted so fast I could’t believe it…

Not even a week after the Prime Minister decided to bring down the old building they already cleaned the front area of the hotel.

In the meanwhile that the cleaning is being done planning is being made to see how exactly they will bring down the old structure.

It’s going to take a while before this becomes a recreational area for locals (and a public beach).

But things are moving pretty fast so it might be done before we expect it.

Aren’t you glad it won’t turn into another hotel or condominium? 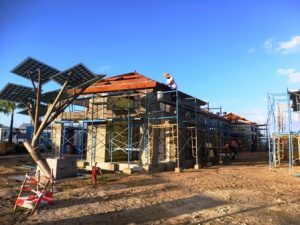 The downtown area of Aruba is being renovated right now (around cruise port).

The government is constructing a welcome plaza right next to the cruise port that includes a couple of new kiosks and local snack shops.

Right now the kiosks are stationed near the central bus station, but the sight isn’t nice.

Re-positioning the kiosk will make this area more beautiful and attractive.

The exact date that the new plaza will be finished is not yet known.

However, the construction workers are pretty fast so I’m sensing an inauguration of Welcome Plaza very soon. 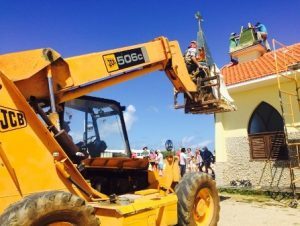 The Alto Vista Chapel is Aruba’s birthplace for Catholic religion.

The chapel is an important place for locals.

It’s a church where they come to pray in case of illness or any kind of problems their facing.

Recently the pastor in charge (Pader Santiago) said that the chapel needed a new tower (and a few shingles on the roof needed to be replaced).

The tower was made in Venezuela and a local engineer placed the new copper tower in place. The total cost (including fabrication, transport and placement) was around $8000.

Pader Santiago said that it’s been almost 10 years that any renovations has been made on the chapel.

This renovation came in a timely manner and the end result is beautiful.

The department of immigration in the arrival hall was reopened after being completely renovated.

The problem of the old arrival hall was that it was too small for the amount of passengers and not many immigration booths available.

Due to construction only a third of the arrival hall was open.

Passengers were inconvenienced by taking other routes to immigration due to the magnitude of this renovation.

The CEO of Aruba Airport Authority (James Fazio) gave a welcome speech during the grand opening.

He mentioned that the investments in new equipment and facility in the arrival hall will help the personal of the department of immigration to better safeguard Aruba’s frontiers and manage the flow of passengers.

The estimated costs of the entire renovations was around 2 million Aruban guilders (that’s about 1.2 million US dollars).

Now their are more electronic gates where you can pass through making the process easier and faster. However, some nationalities are still required to pass trough the normal booth by immigration.

Isn’t this great news? No more long lines and waiting…

Introduction of ESTA in Aruba

The government is going to introduce a new way to control and screen who comes into Aruba (or not) with the help of a ESTA system (Electronic System for Travel Authorization).

Everyone needs to fill it in (only travelers with a dutch passport don’t need to).

It’s a new technology similar to the ED card. However, the difference is that the ESTA has the power to keep someone from entering Aruba.

Travelers will be screened before given a “green light” to enter the island.

What do you think about the new ESTA system? 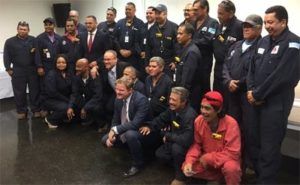 This week CITGO and refinery of Aruba welcomed its first workers!

The press was invited to witness 100 badges being handed to the first of many employees who are going to be working in the refinery.

Most of the selected workers are locals who already have experience in the former refinery Valero.

More people are going to be hired to work in the refinery, because contractors are actively looking for employees.

I’m happy to see that this is becoming a reality…

Aruba has The Top 10 Golf Course in the Caribbean

USA today named the golf course of Tierra del Sol among the top 10 in the Caribbean.

It was ranked #7 in the top 10 list by expert golfers.

It’s the only 18 hole championship golf course (situated on the northwest point of Aruba).

The local trees, birds, and view of the north coast ocean makes this golf course special.

Aruba organized (in December 2016) the first Aruba Cup that featured various professional players from the USA, Canada and Latin America.

The second tournament of Aruba cup will be held in December of 2017.

If you like to golf (or would like to learn how to) you should visit the player shop at Tierra del Sol.

On the 1st of January 2017 plastic bags were banned.

Everyone was used to plastic bags when doing shopping, but now you have to bring your own reusable bag (or buy one).

However, some local food vendors are doing as if there is no plastic bag ban.

They are still giving out plastic bags to customers.

The government is taking notice of this and reminded them that the plastic bag ban is in full effect. And if they don’t comply with the rules they are running a risk into getting a fined ($6000 US dollars).

If you happen to buy food at local places and they give you a plastic bag give them back and tell them you support the plastic bag ban (and that they should also). 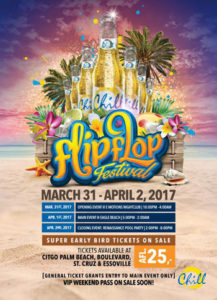 Flip Flop is a music festival that has grown immensely since it was introduced for the first time 6 years ago.

However, this years flip flop will be different…

Different in the sense that the organizers are charging a fee for entrance (it used to be a free).

The representatives of flip flop said they are charging for entrance so they can bring artist of higher caliber.

And they are right, because this year Morgan Heritage will be the main act.

Paying for entrance to get artists like Morgan Heritage is a good deal in my opinion.

The prices for super early birds are now 25 Aruban guilders (not even 15 US dollars).

Your Thoughts on This weeks Aruba Breaking news?

Did you like reading this weeks Aruba breaking news recap?

Newspaper from Aruba - The Latest Stories & Breaking News On The Island