ORANJESTAD (March 31, 2019) – Sundays I write about the most relevant and interesting happenings on the island in my newsletter.

Camping season will be different this year for locals and visitors who are planning to pitch a tent on Eagle beach.

According to the department of public works, it’s not allowed to add any trailers, or cars on Eagle beach during camping season, because of construction works on Watty vos Boulevard, near Eagle beach.

Eagle beach will remain accessible during construction, but according to the new spatial development plan (ROP), no cars or trailers are permitted on the beach anymore – only tents.

The restricted beach area for cars and trailers is close to Costa Linda Beach Resort.

This area will be reconstructed as a part of Watty vos Boulevard project after camping season into a sitting area and parking lot for beach goers.

It includes new roads in the hotel area, including roundabouts near superfood supermarkt, amsterdam beach manor and Oceana hotel.


Update For Campers in Aruba

Thousands of locals and visiting tourist make use of the beaches in Aruba during camping season.

The department for nature and environment conservation advises beach goers about the rules and regulations during the camping season.

All the flora and fauna around the island is protected by law and should be treated as such.

It’s not allowed to cut any trees, or disturb any animals at the beach – especially sea turtles and sea stars in the ocean. And driving on the beach is also not allowed.

These beach rules and regulations not only count for the camping season, but are effective throughout the year.

The beaches known to be used by campers are – Baby Beach, Surfside, Malmok, Eagle Beach, Bushiri Beach and Arashi.

Tourism minister announced renovations of the crosses along the roadside that lead up to the Alto Vista Chapel.

The crosses leading up to the Alto Vista Chapel are locally known as “caminda di cruz” and it’s a important part of Aruba’s religious culture. 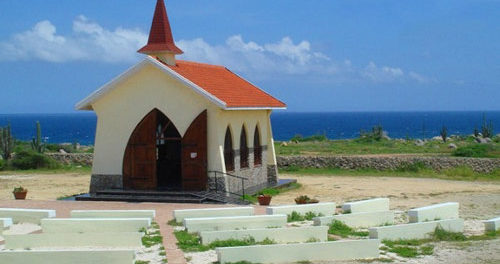 The Alto Vista Chapel, a must visit in Aruba!

Alto Vista Chapel is one of the first churches in Aruba and a place where catholic natives and visitors come to pray and meditate.

According to the minister, the project will take 45 days to complete.

The current CEO of Aruba’s airport, Mr. James Fazio just announced his personal decision to leave his position effective at the end of his current employment agreement on August 31st, 2019.

James Fazio is ready to leave after 5 years and prepare the next CEO for the airport.

During the past 5 years, he has provided the leadership and guidance for the current airport expansion project named “Gateway 2030”. 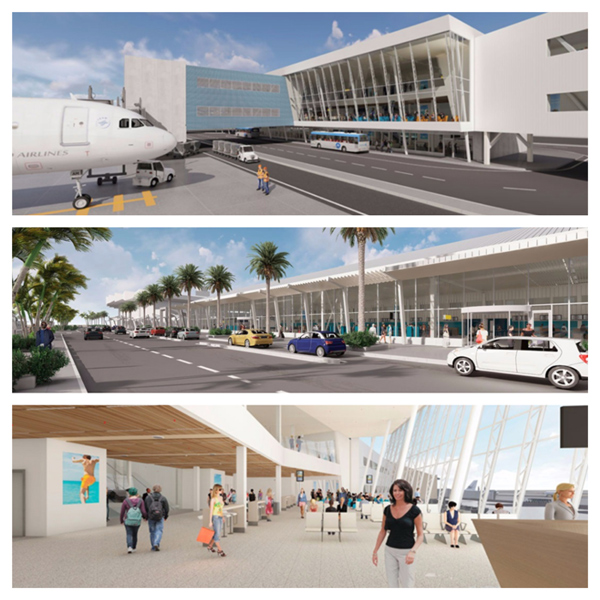 The future of Aruba’s airport.

“The airport is transitioning from the planning to the construction phase of the Gateway 2030 project, which required the difficult decision as to whether or not to stay another 5 years, and based on personal reasons, I wish to be closer to family and friends, and resume my career back in New-York. Royal Schiphol Group has identified a candidate as my successor, and in the next week or so, the new CEO will visit Aruba and be introduced to the Shareholder, Supervisory Board, and staff.” said Mr. Fazio during an interview.

According to James Fazio, the decision to step out was a carefully planned transition that will allow 4 to 5 months to properly prepare the new CEO for the upcoming construction project and the leadership role of the airport.

The new CEO will be announced soon after being introduced to the new staff.

The new movie theater, owned by Caribbean Cinemas, will have six all new stadium seating auditoriums, two of them with VIP service including full leather recliner chairs with swivel table tops.

All auditoriums will feature the latest equipment in movie projection to provide the sharpest image and surround sound.

The VIP amenities include service to your seat when watching a movie: drinks, food and snacks.

Caribbean Cinemas has over 60 locations in the Caribbean, Central and South America.

The Company opened its doors in 2011 with their first movie theater at the Palm Beach Plaza, right next door to Paseo Herencia.

“The new movie theater is an opportunity to provide our customers a combination of 14 screens within walking distance locations: Paseo Herencia and Palm Beach Plaza. Our customers will benefit, because the films programming will be more versatile, with extended runs for  popular films and several showtimes during the day – said the President of Caribbean Cinemas during an interview.

If you’re a movie buff, you can catch the latest movies here on the island.


Shete, The Off Site Entrance To Arikok Closed

Arikok is the islands one and only national park, and it features one of the most beautiful wonders made by nature known as the natural pool.

Inside the national park you’ll find the visitor center, where all tours and hiking trails start.

If you’ve never went to Arikok before, or only been there in a jeep tour – read about my recent hiking journey inside the park and see what I’ve found along the way to natural pool.

Besides the national parks main entrance, there are several entry points on the outside skirts of the park that allow one to enter without paying.

One of these off the map entrances is Shete, a small village located in the district of Santa Cruz. The estimated terrain elevation above sea level at Shete is 89 meters, wich make for spectacular views of the islands coastlines. 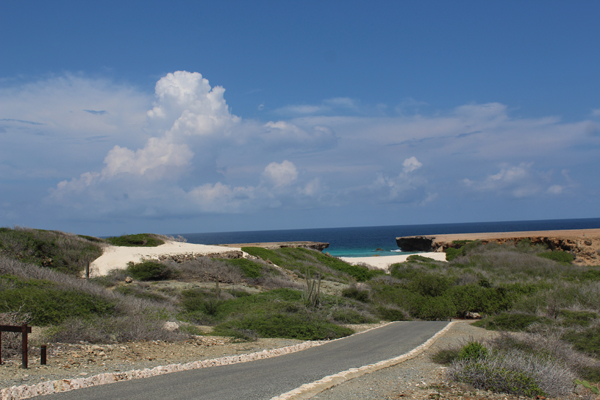 Beautiful view of the coastline in Arikok.

Park management is closing the entrance at Shete, because of the amount of visitors and locals using this route to enter Arikok has increased.

The increase of people at Shete has caused inconvenience to the neighboring households and has negative impact on nature conservation.

Now that the entrance at Shete will be closed, visitors and locals who want to visit natural pool have to enter from the main entrance at the visitors center. And from here follow the trails towards the natural pool or other natural wonders inside of Arikok.

Park rangers will be present at the Shete entrance, to inform visitors and locals about the closing and guide them towards the main entrance at the visitors center.

Did you know it was possible to discover the murals in San Nicolas with walking tours?

A group of street art enthusiasts, known as ArtisA, started a new tour showcasing the murals in the main streets of San Nicolas.

Officially called the “Aruba Mural Tours (AMT)”, the team behind the organization are also responsible for organizing Art fair in Aruba.

Art fair is a platform for international and local artist to showcase their paint brushing skills and transform buildings into jaw dropping local art. 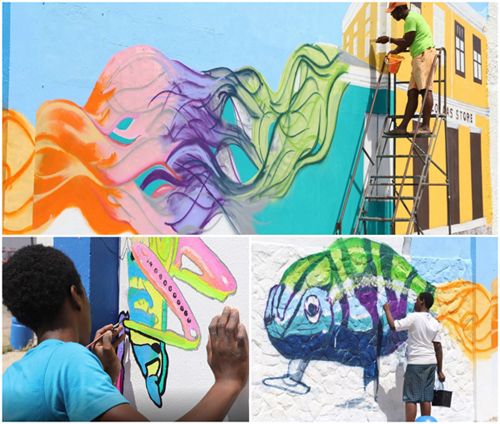 Search Aruba Mural Tours on Facebook, if you want to know more.

According to the associated press, during the opening day of major leagues, 251 of 882 players on the opening-day rosters, injured lists and the restricted list were born outside of the United States. And Aruba is on the list represented by one player – Xander Bogaerts (Boston Red Sox).

Among all the international players, 102 were from the Dominican Republic.

Pittsburgh Pirates and Minnesota Twins have the most international-born players with 14 players on each team, followed by the Chicago White Sox with 13. Miami and Tampa Bay have 11 international players on both teams.

Aruba has more players in training that are preparing to enter the major league in the near future.

Hike the Sands in Aruba & Discover The Country Side